Skip to content
Home >> Cruise Fiascos >> Could you be convinced to buy a $19,800 diamond on your Caribbean cruise? 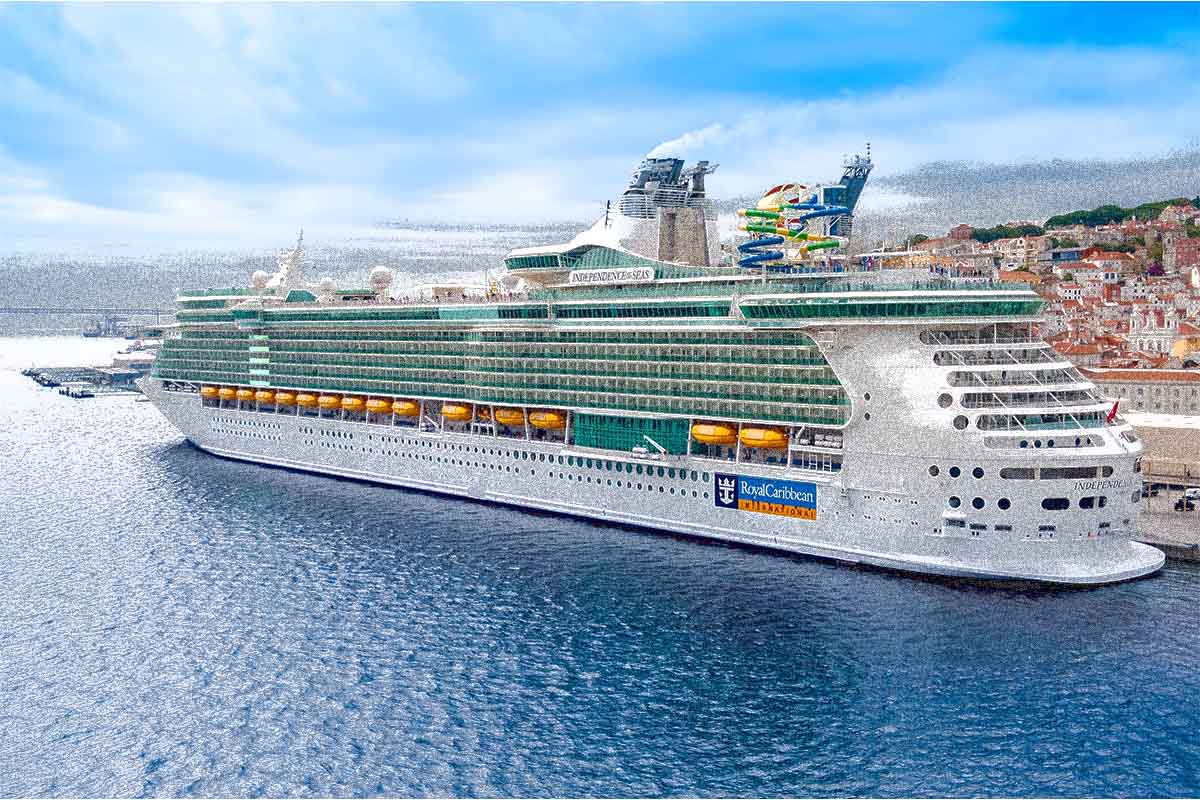 Kathy Hoffath says she was convinced to buy a $16,000 diamond at Diamonds International during the first stop on her Royal Caribbean cruise. Unhappy with that diamond, she exchanged it for a larger, more expensive one in Cozumel. But when she got home, Kathy realized she didn’t want that bigger, more expensive diamond either.

In fact, she didn’t want any diamond at all.

She says the employees at Diamonds International forced her to buy the $19,800 diamond, and she just wants to send it back — with a full refund. But is that possible?

Kathy’s story is a study of what not to do while on vacation. Namely, making high-ticket, impulse purchases from merchants who soon will be thousands of miles away — making returns and negotiations difficult if not impossible.

Going shopping for a Crown of Light diamond during the cruise

During the cruise, Kathy was shopping for a unique diamond to celebrate her upcoming 50th wedding anniversary. At Diamonds International, she found what she thought was the perfect jewel to mark the occasion.

“We bought a ‘Crown of Light’ diamond for $16,200,” she remembers. “The Crown of Light is touted to be the most brilliant and sparkling diamond because of its 90 facets, and this is why we bought this special diamond.”

The problems began when she reboarded the ship and took a closer look at her new bauble in different lighting. She was not pleased with what she saw.

“I noticed immediately after leaving the bright store lighting that it did not sparkle,” she recalled. “I contacted Royal Caribbean guest relations, and they put us in touch with Diamonds International in Cozumel (the next stop) to help resolve this problem.”

Convinced to buy a much bigger diamond in Cozumel

Kathy says after three hours of shopping at Diamonds International in Cozumel, she was forced to buy a different diamond. She exchanged the Crown of Light for a much larger diamond. This one cost an additional $3,500.

“They were not going to let us leave unless we bought something else,” Kathy told me. “I didn’t know what else to do.”

Once she arrived home, she contacted Diamonds International (DI) and asked to return the gem and get a refund. It declined her request based on the contract that she signed. That contract specifically mentions that “buyer’s remorse” is not a valid reason for a return.

So Kathy settled in to read the terms of the bill of sale; something that she should have done before signing it. There, she found that the only valid reason for a return of a piece of jewelry is if it is appraised at a lower value within 30 days of purchase.

Kathy then took her diamond for an official independent appraisal. She discovered that it exceeded the appraisal given to her by Diamonds International.

With that path to a refund a dead-end, Kathy decided to approach her return from a different angle. She complained to DI that it should give her a refund based on the poor quality of the original diamond — the Crown of Light.

Diamonds International: “No, we did not force this cruise ship passenger to buy any diamond.”

Since Kathy no longer owned the Crown of Light, Diamonds International rejected that refund request as well. Its team reiterated that it had not forced her to buy a diamond during any of her cruise stops.

I asked if she had the Crown of Light appraised before she returned it. She had not.

“You could just look at it and know that it was poor quality,” she told me.

FYI: If you are contesting a $20,000 diamond purchase, you need proof — not a personal opinion.

Buyer’s remorse will not allow you to break a contract

In response to Kathy’s ongoing complaints to the company and the Better Business Bureau, Diamonds International offered that she could return the diamond that she purchased in Cozumel for a DI store credit. But their team reiterated that the offer is a goodwill gesture. The company stands firm that this is a simple case of buyer’s remorse.

Kathy believes this resolution is unfair, but she’s decided to return the diamond and take the credit because “they have me over a barrel.” However, she asked how she could have avoided this “trap” in the first place.

A contract can protect both sides of the customer/company equation. It’s important to read those contracts and carefully consider if you agree to the terms. And that must happen before you put your signature on it.

In the case of the original diamond, Kathy had 30 days to have it independently appraised. If it did not appraise at the price she originally paid at Diamonds International, she would have qualified for a full refund. Kathy did not appraise the first diamond. Instead, she returned it to the DI store in Cozumel — and bought a bigger diamond.

Her ongoing complaints about the original diamond to the Better Business Bureau, TripAdvisor, and elsewhere are puzzling. Diamonds International took back the Crown of Light diamond, no questions asked. The diamond that she bought in Cozumel was independently appraised at a higher value than she paid. And lastly, Diamonds International agreed to take back the diamond and give her store credit.

Based on the contract, the exchange offer from Diamonds International is a fair resolution. Unfortunately, the contract doesn’t support Kathy’s appeal for a cash refund.

You should never impulsively buy a diamond or anything else during a cruise. Over the years, our team has received many complaints from troubled travelers who unexpectedly bought timeshares, travel club memberships, art, and jewelry during vacation. These travelers were unprepared for the high pressure applied by salespeople and succumbed to it.

Here’s what you need to know before you go shopping during your next cruise.

Coming home from a cruise with a severe case of buyer’s remorse is an awful way to end a vacation. A few hours in a port of call is not the place to make expensive and irreversible decisions. However, if you’re considering buying a diamond on a cruise, thoroughly read the contract before agreeing to its terms.  Remember, those contracts are legally binding no matter how extreme a case of buyer’s remorse you develop later. (Michelle Couch-Friedman, Consumer Rescue)

*Before you go: Looking for more cruise fiascos? Here’s what happened when a Royal Caribbean passenger won a $4,800 bid … for a downgraded cabin.