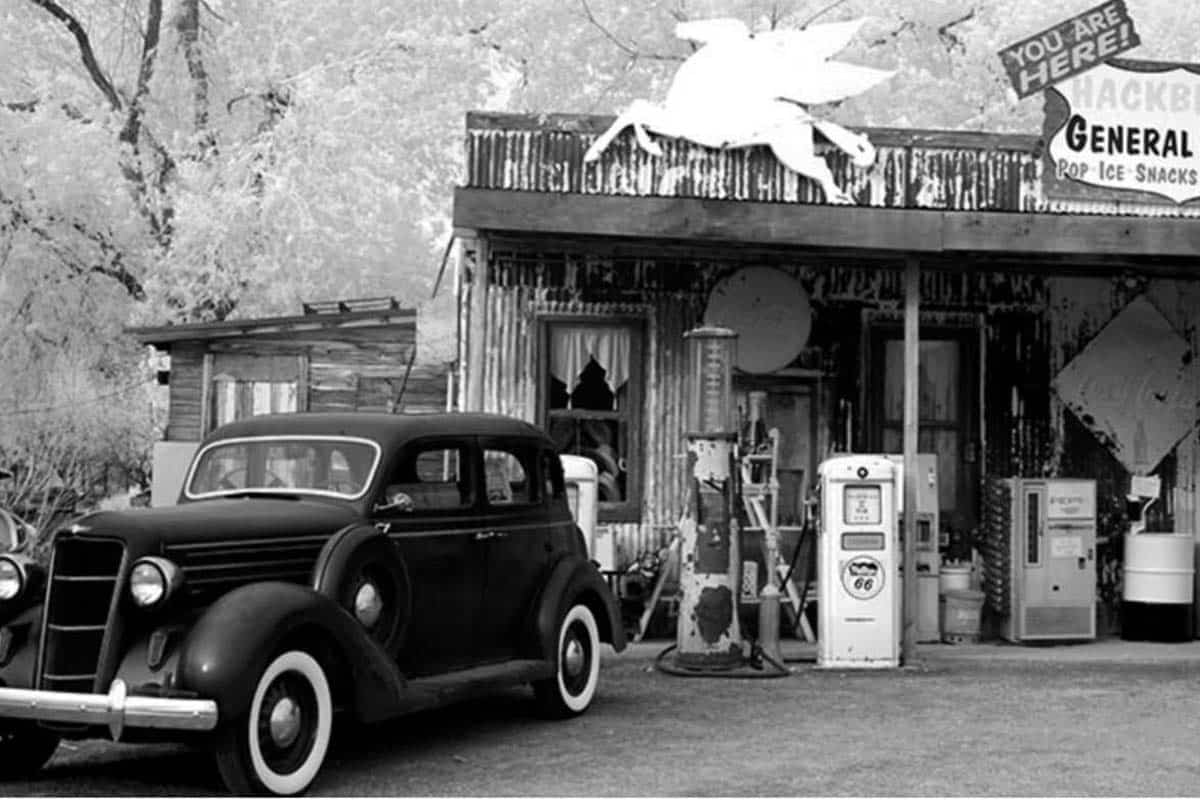 Danger could be lurking at the pumps of your local gas station in the form of a tiny card skimmer. These small, almost invisible devices quickly retrieve and store all of your card’s information as you make your payment. Then the “owner” of this illegal apparatus uses that data to extract whatever funds he can from your account.

Sylvia Powers wishes someone had warned her about gas station skimmers before she swiped her prepaid American Express Bluebird debit card at the pumps. Unfortunately, her education on the topic came in the most unpleasant way – after a skimming device drained all her money from her Bluebird card. But she assumed that American Express would protect her against this fraud.

Sylvia’s troubling skimmer encounter with her prepaid debit card is a warning for anyone who drives a vehicle. ATM and gas pump skimmers are popping up in every state at an alarming rate. It’s essential to know the signs of a skimmer so you can steer clear of them.

But this case also provides a somber statement about the use of debit cards (prepaid or traditional) for purchases. As Sylvia found out, these cards don’t offer the same consumer protections that credit card customers enjoy. This fact became increasingly clear to Sylvia as  her problem unfolded and she suddenly realized her entire paycheck had been left in a vulnerable state.

Sylvia’s tale begins one evening in late January. She stopped for gas at the local Speedway on her way home from work. She swiped her American Express Bluebird card at the pump and filled her tank. The total: $30.02.

“A few days later, I topped off my tank at the 7-Eleven,” Sylvia recalled. “I used my Bluebird debit card again and it came to $6.”

Sylvia said she received quite a shock when she reviewed her online account about a week later.

“On those same days, at the same time, across the state of Florida,  someone charged $100 at a Sunoco. Then $98 at a RaceTrac,” Sylvia explained. “I immediately reported the fraud to American Express Bluebird.”

Sylvia says that her Bluebird card was in her possession at all times.

Having read about a recent string of credit card skimmer discoveries at gas stations across Florida, she suspected that she had fallen victim to one.

Soon, though, the response from the American Express Bluebird team made her feel even more victimized than the skimmer did.

The initial response from American Express indicated that Sylvia would receive a determination from the company within ten days.

It took less than a week for Sylvia to receive the email from American Express Bluebird entitled “Your dispute was declined.” With a heavy heart, Sylvia read the email from Bluebird.

She wanted to know what kind of investigation had determined that she had authorized these charges. “The Bluebird Team” would not respond by phone, so Powers sent a certified letter to the address listed in the last email. She waited for over one month and received no response. Then she contacted our advocacy team for backup assistance.

How can a credit card skimmer steal your information?

When I received Sylvia’s cry for help, I hadn’t yet heard about the growing problem of credit card skimmers at the gas pump. So I did a little research.

ATM and gas pump skimmers appear to be an epidemic that we should all be aware of.

Card skimmers have been found at gas stations and ATMs all over the United States.

These credit card skimmers are tiny, almost undetectable devices. Crime rings quickly attach them to gas station pumps (and sometimes to ATM swipers). The owner of the gas station is typically unaware of the installation of the skimmer and has nothing to do with the scam. And most customers are unable to notice any difference in the card swiper at the pump either.

When a consumer swipes their debit or credit card, the skimmer device captures the data. The skimmer device stores the information until the thief comes to pick up his treasure chest of numbers. Then, the criminal makes duplicates of the cards. And if a consumer has used a traditional or prepaid debit card, the perpetrators now have access to all of the available money in the account.

The thieves then make giant gas purchases — typically filling vehicles with large-capacity tanks. And the final step is that the scammers sell the gas on the “open market.”

The charges of $100 and $98 at a gas station on Powers’ Bluebird account supported her theory that a skimmer had captured her Bluebird card numbers. Even with gas prices higher than ever, her car does not have the capacity to hold $198 worth of gas.

So how did American Express determine that Sylvia had authorized these jumbo gas purchases? That’s what she wanted to know.

“Please help. My paycheck goes directly into my Bluebird account.”

By the time Sylvia contacted our team, she had already begun to look at the fraud protections that Bluebird provides to its customers. And she was worried.

Thank you so much. Please keep in mind that Bluebird from Amex is a prepaid debit card to which I have my paycheck deposited. It is not one of their real credit cards. I was very sad to have the 200 dollars stolen from my card. I have worked hard for that money. As you might imagine, since I’m using a prepaid debit card, I am also not wealthy.

Sylvia was right to be concerned. The Bluebird card, like other American Express prepaid cards such as Serve, is not a credit card.

If you happen to be caught up in a skimmer scam and you are using a credit card, you’ll be able to file a formal dispute. The Fair Credit Billing Act (FCBA) requires your credit card company to investigate and protect you against fraud and billing errors. But a prepaid debit card is not covered by the FCBA.

The Bureau of Consumer Financial Protection has issued a “final ruling” that prepaid cards should be protected against fraud in the same way as traditional debit cards.

As of April 1, 2019,  Regulation E which covers unauthorized electronic fund transfers (EFTs) and, at least in theory, limits consumer liability to $50, applies to prepaid debit cards. Unfortunately, as we’ve frequently seen, fraudulent transactions involving traditional and prepaid debit cards do not appear to be forcefully pursued by the issuers of these cards in the same way that credit card companies investigate these disputes.

And our team has seen time and again that consumers who use these cards often hit walls of resistance when they try to dispute a fraudulent charge.

Unfortunately, there are no current laws that force a company issuing a prepaid debit card to conduct a traditional credit card style chargeback investigation.

So cash app users, beware – don’t get lulled into a false sense of security that Regulation E will save the day if you use Zelle in a way it wasn’t meant to be used. Zelle transactions remain irreversible. If you willingly send money to anyone via a cash app, you’ll only get it back if the recipient agrees to return it. Until the laws change, this remains true. Consumers should not be misled to believe Reg. E provides protection it does not provide at this time.

So why use a prepaid debit card?

As Sylvia alluded to, prepaid debit cards are typically used by consumers who don’t meet the criteria to be approved for a traditional bank account or credit card. With their often high transaction and monthly fees and lack of comprehensive consumer protection, these prepaid debit cards have been criticized as taking advantage of the middle to the low-income consumer population.

But to be fair, with no monthly fee, the American Express Bluebird card appears to have some of the most consumer-friendly policies with its prepaid debit card.

Unfortunately, the advertised “Fraud protection” for the Bluebird card did not materialize for Sylvia.

Every company, including American Express, is always free to use its own discretion to investigate possible fraud aggressively. But the swift denial of Sylvia’s claim and lack of explanation as to the findings left her disillusioned. She had the impression that there had been no formal investigation at all of her complaint.

The fact that Sylvia’s giant gas charges occurred simultaneously across the state of Florida provided strong evidence of a card skimmer attack.

And so I reached out to our friends at American Express. And soon came relief for Powers. Bluebird would restore her hard-earned money to her account.

I’m reaching out on behalf of the program manager for the American Express Bluebird Cards.

We can share that we have thoroughly reviewed the request from Ms. Powers and provided her with an update, to resolve the issue.

Unfortunately, Bluebird did not explain the original decision by their team. For Sylvia, it doesn’t matter — she’s just happy to have her money returned.

But there are further implications for Sylvia. After all, if a thief removed $200 from her account and American Express considered the transaction “authorized,” what would stop a thief from removing her entire paycheck? She’s deeply concerned about that possibility and is considering all alternative “banking” options.

How to protect yourself against debit and credit card skimmers

Here are some ways you can decrease your chances of being victimized by a card skimmer.