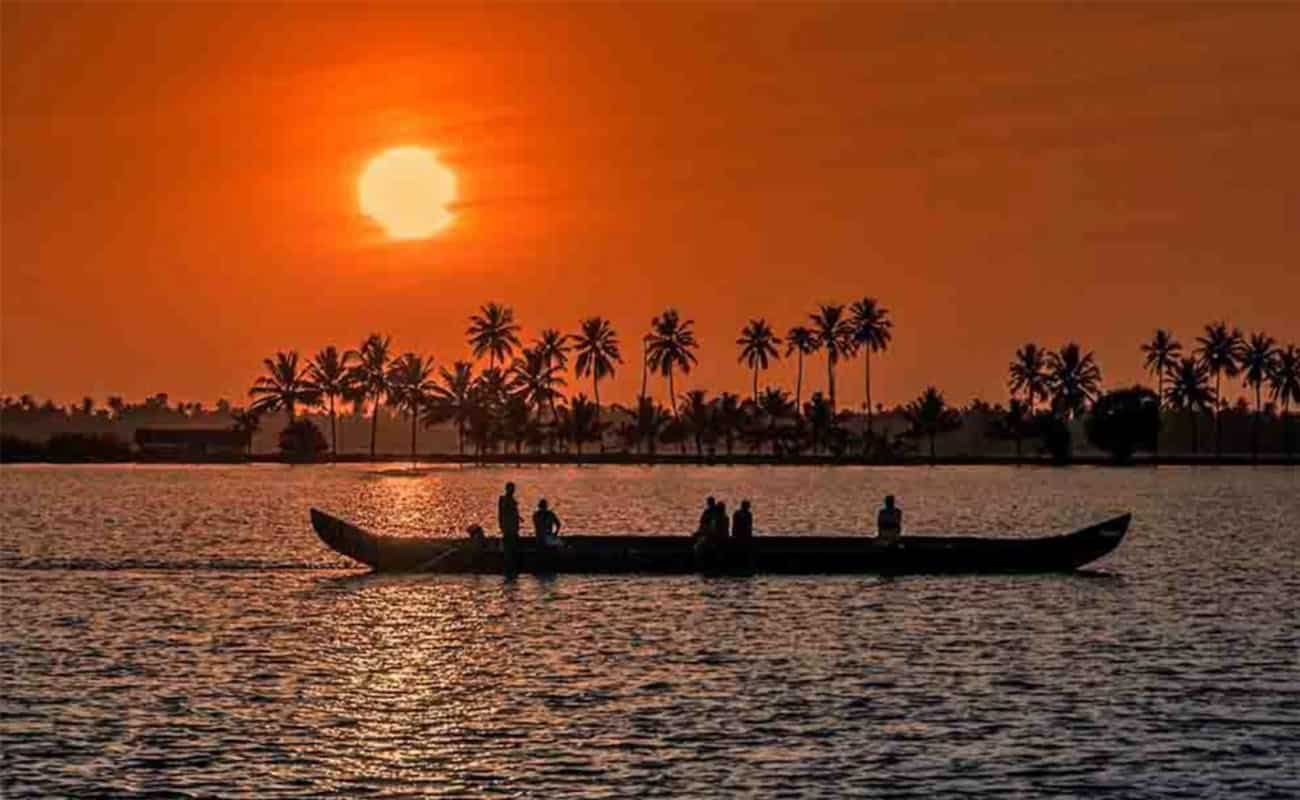 If you land in a foreign country with an expired tourist visa, you’ll likely be in for a nightmare experience. Just ask Sarita Charan. She flew halfway around the world to India before anyone noticed that she had an expired e-visa in her passport. But moments after Sarita stepped off the long flight, immigration agents noticed — and they ordered her to return home immediately.

Then Sarita asked our advocacy team to hold Air Canada responsible for the entire debacle. She figured the airline owed her about $10,000 for allowing her to fly with the expired tourist visa.

But who is really responsible for this travel nightmare?

Sarita’s terrible experience underscores the importance of paying attention to details when planning an international journey. Unfortunately, Sarita did not realize she was holding an expired tourist visa until it was too late. However, her passport contained all the information she needed about her e-visa — if only she had looked carefully.

Sarita’s awful tale begins with a flight from San Francisco to New Delhi via Toronto. Having visited India previously, she knew that immigration required U.S. citizens to have a tourist visa.

“I used the company iVisa to apply for my e-visa for my trip,” Sarita recalled. “They processed a double-entry e-visa for me. So I was allowed two entries into India with the same visa.”

When Sarita checked in for the international flight, she says that the Air Canada agent checked her passport and the printed version of her travel visa.

“They approved me to fly to India,” Sarita explained. “The agent gave me my boarding pass, and I had no idea anything was wrong.”

Sarita would eventually find out that something was very wrong in a most unpleasant way – after the grueling, 24-hour flight.

Indian immigration: “You have an expired tourist visa. You can’t stay.”

When Sarita’s flight finally landed in New Delhi, she was exhausted. She gathered her belongings and tiredly made her way to the immigration window. That’s where all her plans took a sudden nosedive.

“I had a travel visa valid for two entries — each of those e-visas was valid for 60 days,” Sarita insisted. “I had already used one earlier in the summer. This visit was my second use. But the immigration officers said my tourist visa in my passport had expired. They told me I couldn’t stay. I was shocked.”

A bewildered Sarita tried to figure out how to fix the situation unfolding in front of her. She asked the immigration officers if she could try to apply for an emergency e-visa online.

“So [the immigration officer] said if I can get a new tourist visa, they would let me [stay],” Sarita says. “I called iVisa immediately and let them know my problem. They started processing a new e-visa right away.”

Time was running out for Sarita, who was now being detained by the Indian immigration authorities.

She says that good news soon came from iVisa.

A nightmare express round trip to India

Sarita says that iVisa sent a confirmation of a new tourist visa, but the immigration officer told her that she must print it for it to be valid. Otherwise, she was going to need to leave India immediately.

“Air Canada would not let me print my new un-expired e-visa!” Sarita lamented. “Instead, they harassed me and made me get on the flight and go back to San Francisco. I don’t know how many doors [we ran through], but they rushed me to the plane that was about to take off.”

And soon, Sarita was airborne again, heading right back to where she had started the previous day. She could not believe the turn of events.

“My phone was going dead,” Sarita reported. “I couldn’t even call my family or friends before Air Canada made me go back.”

Fact: Don’t expect the use of WiFi and a printer in immigration

When Sarita’s plea for help landed on my desk, I scoured through all her paperwork.

She was still firmly convinced that she had a valid travel visa for entry to India. She wasn’t clear why the Indian immigration had rejected her e-visa. But she hoped that our advocacy team could determine who made the mistake that ended with her rejection at the New Delhi airport.

“If Air Canada had just let me print my new e-visa, immigration would have let me in,” Sarita insisted. “I had a new travel visa in my email. All I needed was Wi-Fi and a printer. Instead, they forced me to go back home.”

We know from experience that foreign governments are unforgiving when it comes to travelers arriving without the required documents for entry. India is no different.

All U.S. citizens who wish to enter India as a tourist must have a travel visa. This document can be an electronic visa (e-visa), but it must be approved before stepping up to the immigration window. There are no provisions for travelers to make emergency applications for a travel visa upon arrival. Nor should a passenger expect to have the use of WiFi and a printer in the immigration area. If you show up in a foreign country without the required documents in your hand, you will likely be going right back to where you came from.

This fact is true of every country, worldwide. We’ve seen time and again, awful stories of travelers who arrive without the required documents for entry to their desired destination. It never ends positively:

And although Sarita was aiming all her anger at Air Canada, I believed that it was misplaced. Her paper trail told a story that I didn’t think she was fully aware of even as she was asking our team to hold the airline responsible.

Know the rules: never travel with an expired tourist visa

Traveler alert: You must never attempt to go to a foreign country with an expired tourist visa. That is unless you want a nightmare trip too!

Unfortunately, it was clear from Sarita’s email trail that she did not understand her e-visa. The Indian government did grant her a travel visa with two entries. But the terms were as follows:

Sarita had first entered India using this e-visa in July. At that time, the Indian immigration had stamped her passport with a visa expiration date of Aug. 29. When she arrived again on Sept. 2, her tourist visa had already expired.

Fact: It’s always the traveler’s responsibility to know their own entry requirements

When I explained the terms of her original e-visa, Sarita pointed out that she had been granted an emergency tourist visa while being detained in New Delhi. She insisted that Air Canada forced her removal from India even though she had a valid e-visa — if only she had the use of a printer and Wi-Fi. She continued to insist that Air Canada caused this entire nightmare trip for her.

Unfortunately, that part of Sarita’s case didn’t quite match the facts either. While she did have a second visa, it was not approved until Sept. 3 — the day after Indian immigration rejected her.

And although Sarita was quite angry at Air Canada for the entire fiasco, I pointed out that it is always the traveler’s responsibility to know about, and possess, all their own required documents for entry to foreign lands.

Air Canada had checked her passport and even looked over Sarita’s visa document. The document, if taken alone, did suggest her tourist visa had not expired. It was only the immigration stamp buried inside her passport that revealed that Sarita had already used the initial entry on the e-visa. As a result, the tourist visa expired on Aug. 29.

What happens if you fly to India without the correct documents

But Sarita continued to insist that the immigration officers were willing to let her stay in India and wait for additional approval.

Michelle, The Air Canada employees treated me bad. I had received my other tourist visa in the email, but they didn’t let me stay. The immigration officer told the airline manager and me that he would allow me [to stay]. I only had to print [the new e-visa]. And the guy snatched the paper that immigration gave me. He said that doesn’t belong to you. He didn’t know that I had already taken a picture of it on my phone. They did harass me. This could have caused me heart failure. They rushed me, jumped me, and made me run to board the plane. I could not breathe. I was feeling suffocated. So if I was dead, my children would have no idea what had happened to me.

Fact: You can’t enter India with an expired e-visa

In this case, the paper that Sarita was referencing was the order from immigration to Air Canada to immediately remove Sarita because of her expired e-visa. Air Canada had no choice in the matter:

Airlines can be fined heavily for bringing passengers to foreign countries without the required documents for entry. So when it happens, carriers must immediately follow the direction of the immigration authority of the country in question.

“I learned a lot — I wish someone had told me.”

And finally, after some additional discussion, Sarita said she understood what happened here.

At least I understand now and have learned a lot out of this. Honestly, to my understanding, I thought I had a visa valid for two entries. I believed that the visa expired in 120 days, and each entry was valid for 60 days. I didn’t know I was traveling with an expired travel visa. You know it was scary for my family — they didn’t hear from me for two days. I think you should tell my story. I would have appreciated reading a story like this — and then it wouldn’t have happened to me. I’ve been traveling for 30 years and never have I experienced something like this before.

Still, I say Air Canada was a horrible experience. But your answers make sense. Thank you.

So you can avoid showing up at the immigration window of a foreign country with insufficient documentation, it’s essential to do some research — before you head to the airport.