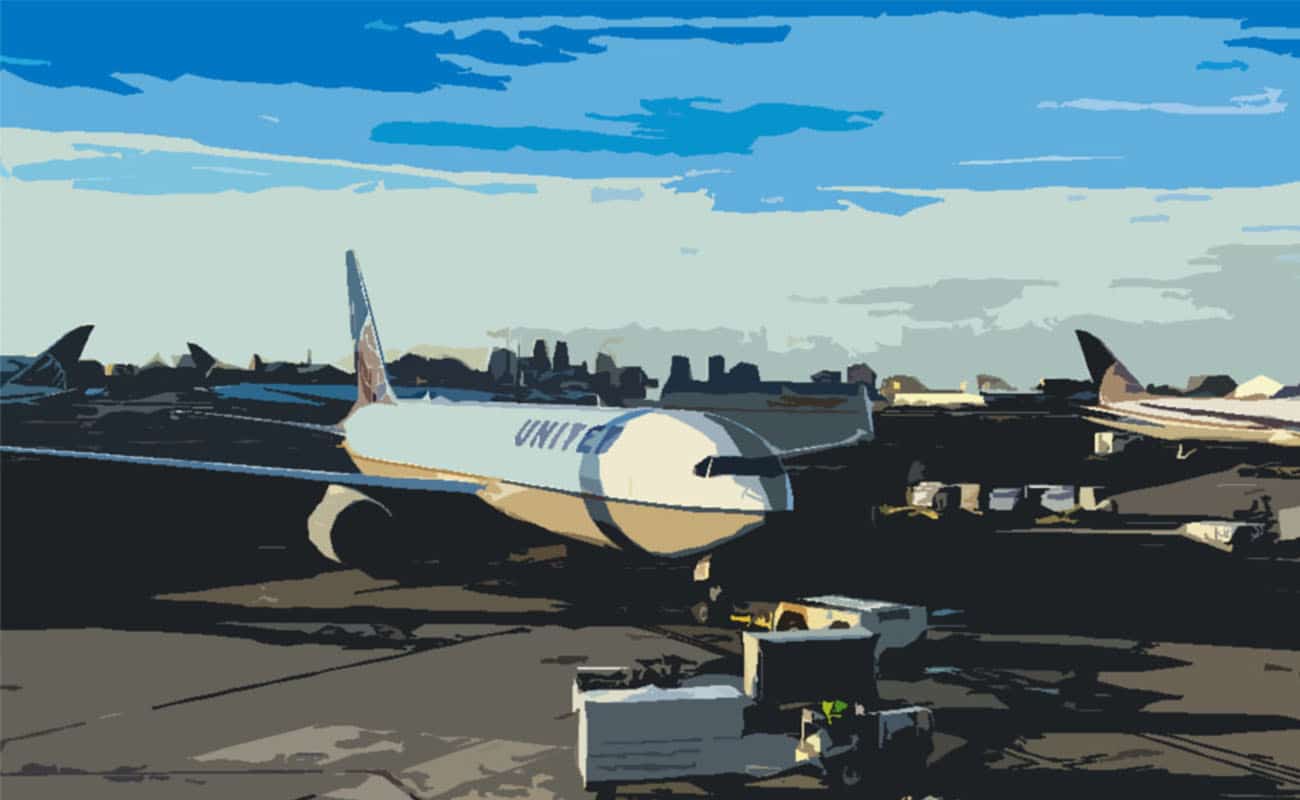 If an airline convinces you to cancel your flight during a pandemic, does it get to keep your money? That’s what Lon Allan wants to know.

In March 2020, Lon was sitting at home, minding his own business when an email from United Airlines arrived. At first blush, it seemed the airline had concern for Lon’s possible need to cancel his upcoming flight over coronavirus. But scratch the surface, and the motivation behind this email becomes crystal clear. Unfortunately, Lon didn’t recognize the friendly overture wasn’t what it seemed until it was too late.

Now Lon wants help retrieving the $8,631 he paid for the flight that United Airlines convinced him to cancel.

But is that possible?

To say that the airline industry was hit hard by the coronavirus pandemic is an understatement. It forced airlines to cancel flights at a rate previously unimaginable. To avoid issuing the refunds that are required by law, the carriers got crafty. Lon’s tale illustrates one way airlines tried to  sidestep those regulations.

Editor’s note: We originally published this article in April 2020. It was last updated for Consumer Rescue on November 5, 2022.

Planning a vacation before the pandemic

Lon and his wife intended to vacation for two weeks in Israel in the spring of 2020. They splurged on business class tickets for the 22-hour journey from San Francisco to Tel Aviv. The couple planned to fly in United Airlines’ Polaris cabin.

Although the tickets came at a premium, the Allans reasoned that the Polaris experience would be well worth it for the lengthy flight. After purchasing the $8,631 tickets, the duo printed the confirmation and happily looked forward to their trip.

But then the coronavirus hit the world, and everything changed.

A mandatory self-quarantine in Israel — and everywhere else

In mid-March, concerns about the coronavirus were reaching a fever pitch. Israel announced a mandatory 14-day self-quarantine for all passengers arriving internationally. At the same time, United Airlines drastically reduced its flights to Israel. As a result, the Allans’ nonstop flight changed to a connection through Newark.

Although the Allans’ trip was still five weeks away, they began to suspect they might not be going. However, they still held some hope that the situation might improve, and they accepted the schedule change.

Every day, the couple checked for updates on the United Airlines website. They heeded the instructions asking that customers not call the airline unless their flight was in the next 72 hours. This would allow passengers with immediate flight cancellation problems to more easily reach customer service.

A friendly gesture from United Airlines… or something else?

With that guidance in mind, the Allans were surprised to receive an email from United Airlines on March 22. The representative asked if the global crisis had caused the couple’s plans to change.

Knowing that United Airlines would owe the duo a full refund if it canceled the flights, Lon asked about the chances of cancellation.

Do you think that United is going to cancel its April 16 NY to Tel Aviv flight? They’ve already canceled their April 16 San Francisco to Tel Aviv nonstop that we booked. Are we “better off” if United cancels rather than if I cancel in terms of receiving a refund? If so, then should I not cancel but wait for United to cancel? Your advice is greatly appreciated.

Lon to the United Airlines representative

The answer to all of Lons’ questions was most certainly “Yes.” However, that isn’t the answer he received. The agent told him that to “protect the value of his ticket,” he should cancel the flight. Then he could reschedule after the pandemic.

If you are not going to travel then, yes, the reservation should be canceled. Canceling the reservation will preserve the value of the tickets. You will still have the option to re-book at a later date. Or upon the 12 months from the date of purchase, you can request a refund.

“Does United Airlines owe me a refund if it cancels my flight?”

Not actually seeing the answer to his question in the United Airlines agent’s response, Lon tried once more. He pointed out that by that time, Israel had imposed even stricter coronavirus quarantine rules. All incoming passengers to Israel were required to enter a 14-day government-run quarantine at the traveler’s expense.

He asked again if it made more sense to wait to cancel.

The agent responded with yet another nonanswer to his specific question. She then implied that he should cancel to “preserve” the $8,631 value.

If you decide not to use your ticket value for a different trip and want to apply for a refund, then you are able to apply for the refund on December 30, 2020, regardless of the operational status of the EWR(NY)-TLV flight scheduled on April 16, 2020.

Thank you for your patience and understanding during this challenging time.

With an uneasy feeling but not willing to risk the loss of over $8,000, Lon agreed to cancel the couple’s flight. The agent informed him that she would email him a confirmation of all the details of their discussion.

Many hours later, though, when the confirmation never arrived, Lon’s uneasy feeling grew. Several days later, when he did finally receive a notice of the canceled flight, it made him more alarmed.

The email contained none of the details that the agent had discussed. It didn’t confirm a future travel credit or mention any possibility of a refund in December. In fact, the notice didn’t actually confirm anything except the cancellation.

“Note that this only says that I MAY have a flight credit,” Lon told me later. “Nothing more.”

Lon’s next email was to our advocacy team.

When Lon’s request for help landed on my desk, it appeared that his case was one of a passenger who canceled too soon. At the same time I had been repeatedly warning our readers that canceling too soon during the pandemic could have enormous financial consequences.

However, when Lon sent me the entire paper trail between himself and the United agent, a different picture emerged.

Several times, Lon clearly asked the United Airlines agent if it would be better for him just to wait it out. After all, he received no benefit from canceling his flight on March 22. United Airlines received all of the benefits. The airline got to retain the $8,631 that Lon would have preferred to have in his own pocket.

There is little doubt that the United agent knew the answer to Lon’s question. Instead of answering that question, she ignored it and answered something else.  This led Lon to cancel his flight prematurely when there was no benefit to him to do so. And, of course, that allowed United Airlines to keep that $8,631 in its pocket instead of his.

In response to the coronavirus and the uptick of canceled flights, the Department of Transportation reaffirmed that the airlines must provide a refund when the flight cancellation is airline-initiated:

The United Airlines agent should have candidly answered Lon’s question. He based his decision to cancel the flight on the employee’s insistence that it was a necessary thing.

Lon told me that he and his wife didn’t want to take a chance of leaving such an enormous investment with United during these uncertain times.

My young wife (hey, we’ve been married “only” for 52 years) is concerned. She thinks that this pandemic may last more than 12 months. So we should get a refund if possible. Can you help?

I hoped I could. It was time to see what United Airlines had to say about this situation.

Asking United Airlines to offer a refund for this flight cancellation

I sent a request over to United Airlines and asked about Lon’s case.

The United Airlines representative who contacted Mr. Allan appears to be suggesting in the email that he must cancel his  April 16 flight on that day (March 22) to protect the value of the ticket.

As we know, If United Airlines cancels a flight during the coronavirus pandemic or any other time, then there is no question that a passenger is owed a refund. There would be no reason why Mr. Allan would need to have canceled his flight three weeks ahead of the day of departure.

I’ve been encouraging passengers who want/need a refund to wait it out and not cancel weeks ahead of schedule since there is no benefit to the traveler to cancel early. Obviously, there is no way of knowing if a flight will eventually be canceled weeks ahead of schedule. So it seems unclear why this representative emailed Mr. Allan on March 22 and asked him to cancel.

Mr. Allan and his wife are an elderly couple concerned about the state of the traveling world. They are unsure if they will be able to travel again during the voucher’s validity. They are also concerned about having over $8,000 of their money unavailable to them during this troubling time in history. Mr. Allan has emailed me many times with his fears about losing the value of these tickets. They really need their money back.

Given that United is not permitted to transport this couple to Israel on April 16, even if the flight operates, it seems that they should be offered a choice of a refund or a credit. And in this case, they would like a refund.

The good news from United Airlines

And within hours, United Airlines came through with good news for the Lons.

*If United Airlines cancels the flight from NY to Israel on April 16, they’ll send me a full refund now.

*If  United does not cancel our flight, then I may have a refund now — less $500 per ticket cancellation charge.

*Or I may choose a travel certificate for the full amount. We can use it on any UA flights for 24 months from the date of issue.

At this time, we will choose Door Number 1 if available. Otherwise Door Number 2 because being in our mid-70s, we want certainty.

Then just a few weeks later, United Airlines canceled the first leg of their journey. There is no question that this made their entire ticket refundable. After a bit more prodding, United processed the full refund for the couple.

And remember if you run into problems, the Consumer Rescue team is always here to help — 24 hours a day, seven days a week. (Michelle Couch-Friedman, Consumer Rescue)