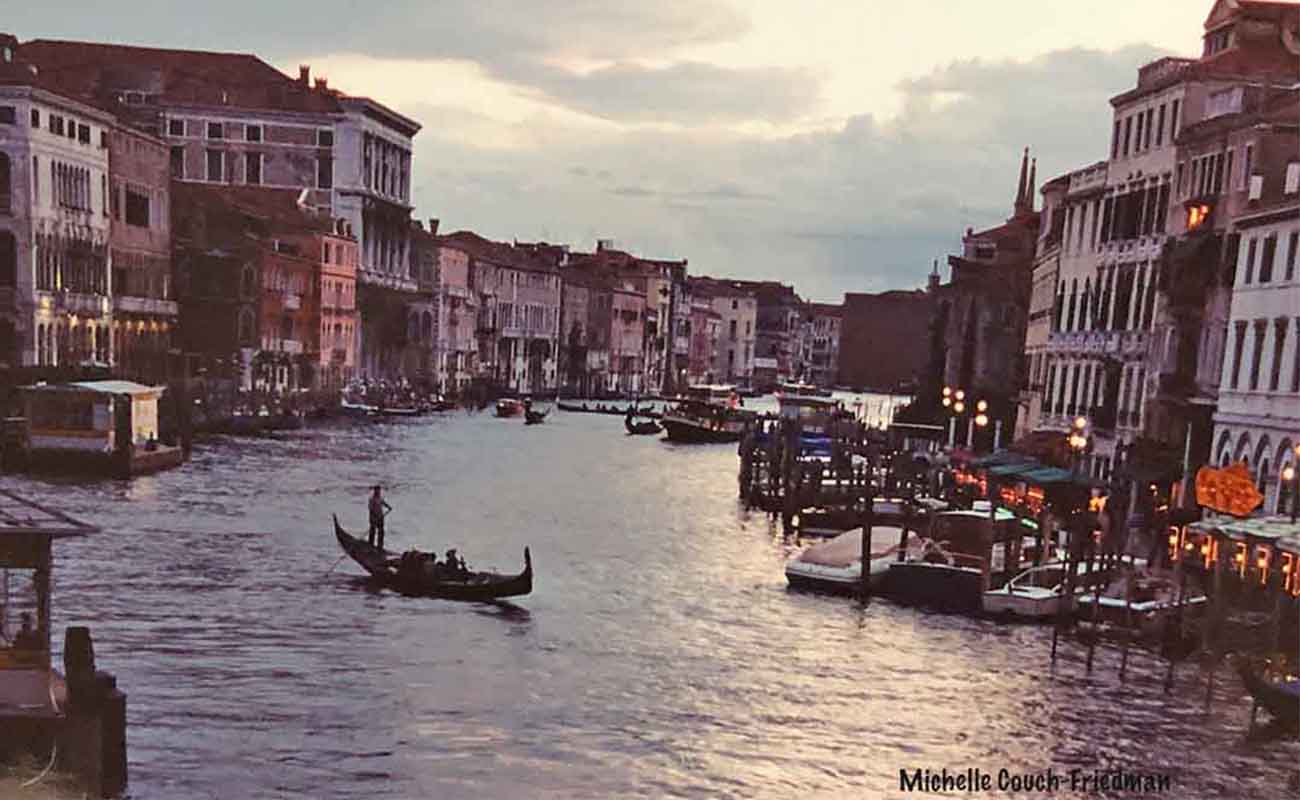 Ted Kelly says his wife made a simple passport mistake last year that snowballed into a $17,766 travel disaster.

The couple had never heard of the Schengen area or its passport requirements for U.S. citizens. But when they tried to check in for their business class flight to Italy, a Lufthansa representative quickly explained the facts. Ted’s wife’s passport didn’t have the required 90-days validity from their return date, and the airline denied boarding to the couple.

Since that day, Ted has been in a relentless battle to retrieve the money he says Lufthansa stole from him.

There’s much more to this story. The couple did take that dream vacation — a day later. So what’s the basis for the refund request?

This unfortunate tale serves as a warning to travelers: Don’t be misled by your passport’s expiration date. Attempting to travel internationally with a soon-to-be-expired passport can be a pricey mistake. And misunderstanding the rebooking costs to fix the original problem can make the situation worse — much worse.

Important: Don’t forget to check the passport requirements for your destination

Ted says he and his wife decided to celebrate their 50th wedding anniversary with a special trip.

“We planned our 50th wedding celebration trip to Italy,” Ted remembered. “We booked with Lufthansa before, but this was our first time in Business Class.”

The couple spent the next several months anticipating their Italian adventure. Unfortunately, in all of their planning, they forgot to check the passport requirements for their journey.

On the day the couple was set to leave for their vacation, they arrived early at the airport. They intended to enjoy all of the amenities of their business class ticket — including relaxing in the lounge before takeoff.

This passport oversight would soon have devastating repercussions.

When the couple stepped up to the check-in counter, their plans took an abrupt turn. They wouldn’t be visiting the lounge or flying to Italy on that day.

Fact: To enter Italy, your passport must have 90 days left before expiration from the time you are set to exit.

At the check-in counter, a Lufthansa representative broke the bad news to the couple. Ted’s wife’s passport was about to expire and wasn’t valid for entry to Italy.

The couple had never heard about this passport requirement before that moment. The representative explained that to enter Italy, U.S. citizens must have 90 days left on their passport before expiration from the date of their return ticket.

Staring at the agent in disbelief, Ted asked what they could do to save their vacation.

The representative suggested to the stunned couple that they could visit a U.S. Passport office and renew the passport. She noted that there were business class seats available on the same flight the next day. Ted asked the agent to switch their tickets to the following day. But the agent explained they could change the flights only after the confirmed renewal of the passport.

Disappointed but hopeful that their passport mistake would only impact one day of their vacation, the couple left the airport. They quickly found the closest U.S. passport office with emergency services and made an appointment.

The Schengen Area and its passport requirements for U.S. citizens

The Schengen Area is a block of countries located in Europe that have removed border restrictions between one another. Once a traveler is approved for entry to one member country, they may travel freely throughout the Schengen block. However, there are some entry requirements that a traveler must meet for entry.

To enter the Schengen Area, a U.S. citizen’s passport must be valid for a minimum of 90 days beyond the date of their return ticket.

Unless a traveler has been approved for a visa to enter the Schengen Area, they must prove their intentions to leave within 90 days.

Unfortunately, this passport mistake is a common one that I’ve seen as a consumer advocate over the years. Many travelers have been caught unaware of the Schengen Area passport requirements for U.S. citizens.

How much is it going to cost to fix this passport mistake?

Ted and his wife made their way to the passport office and paid the emergency fee to have the document renewed.

The couple hoped that the emergency passport renewal fee would be the extent of the cost to fix this mistake.

Unfortunately, that $170 wasn’t even close to what it would ultimately cost to save this vacation.

In fact, the couple was soon in for massive sticker shock when Ted’s wife called the reservation center to rebook.

The agent told my wife that Lufthansa would charge a re-booking fee of $900 plus the cost of the Business Class tickets — now $8,433 (up from the $6,124 originally charged). We thought this was an exorbitant increase, but because of the special celebration, there was no way we would cancel.

Ted says his wife agreed to the $2,309 upcharge, and the couple flew to Italy the next day.

The business class service impressed them both and, although they found the fare increase “exorbitant,” they tried not to dwell on it.

It was only after the Teds returned from their fantastic journey that the actual price of correcting this passport mistake came into shocking focus.

A walk-up fare to Italy in business class

A few weeks after the couple returned home, Ted opened up his credit card statement and couldn’t believe his eyes. He had expected to see the additional charge of $2,309 plus the $900 change fees. Instead, he found four charges from Lufthansa: two for $8,433, and two for $450 each.

The total Lufthansa charged the couple on the day they rescheduled their flight: $17,766.

Ted hoped a quick phone call to Lufthansa would clear up the overcharge. But it didn’t. He says he was unable to reach anyone at the airline who could fix the problem.

But soon, Lufthansa notified Ted that there was no mistake. The couple’s original tickets were advance purchase business class fares. When Mrs. Kelly’s passport problem caused the couple to miss their original flight, they received a credit of $6,124 to apply to their new tickets. The new flights were last-minute walk-up fares.

“It makes no sense to me that we would originally be charged $6,124 for two Business Class tickets from Boston to Florence,” Ted lamented. “And then to be charged $17,766 more for the same exact flight 1 day later. That’s a total of $23,890 for this flight.”

Unfortunately for the Kellys, walk-up fares are some of the most expensive tickets that a traveler can encounter. And last-minute business class flights to Europe in one of the busiest months of the year for travel can easily reach into five digits. Lufthansa explained that the full fare for each of these tickets was $11,495.

But Ted refused to believe it. He was sure that the agent had told his wife the $8,433 represented the entire cost of their flight to change to the new date.

And so from that moment on, Ted has been on a determined mission to retrieve his money.

Our advocacy team can help, but not in the way this traveler hoped

By the time Ted reached out to our advocacy team, over a year had passed since Ted’s wife’s passport mistake had led the couple to be denied boarding of their flight to Europe. But much had transpired since that time.

When I read through Ted’s hefty paper trail, I wondered how he hoped we could help. He had already escalated his complaint to numerous agencies, none of which had been able to achieve his desired result.

In fact, before asking for the assistance of our advocacy team, Ted had already:

As I plowed through all the many documents Ted hoped would prove his case, the reason none of these other organizations could help became clear to me. In fact, some common misunderstandings about the dynamic nature of airfares formed the foundation of Ted’s argument.

Part of being a good advocate means that sometimes, it’s necessary to tell a consumer when they’re wrong. Many times, travelers don’t want to hear that truth. But it’s an essential aspect of our mission.

And in this case, all signs pointed to one passport mistake that was then compounded by an additional misunderstanding of the rebooking costs after a missed flight. The Kellys had nothing in writing that supported the belief that a Lufthansa agent told Mrs. Kelly that the tickets would cost just $3,209 additional to switch.

But before I gave the bad news to the couple, I asked my fellow consumer advocate Dwayne Coward to take a second look. Unfortunately, Dwayne’s assessment matched mine. The passport mistake that got this travel disaster rolling caused the original advance purchase fare tickets to be canceled. The new cost was spectacularly higher but in line with last-minute business class fares to Europe on all the major carriers. In fact, I priced business class fares on the Teds’ route for the following day on Lufthansa and, as I suspected, the cost for the roundtrip flight was over $11,000.

I showed that information to Ted and explained that our team could find no way to mediate his request successfully. But I hoped that maybe if he heard the truth from an uninvolved third party, he might be able to end this battle and focus on the wonderful trip that the couple enjoyed.

Although Ted thanked me for reviewing the case, he says he’s still convinced that Lufthansa tricked them. And he wants his story told so that others don’t fall for the same, what he calls “Lufthansa’s bait and switch.”

How to avoid an expensive passport mistake