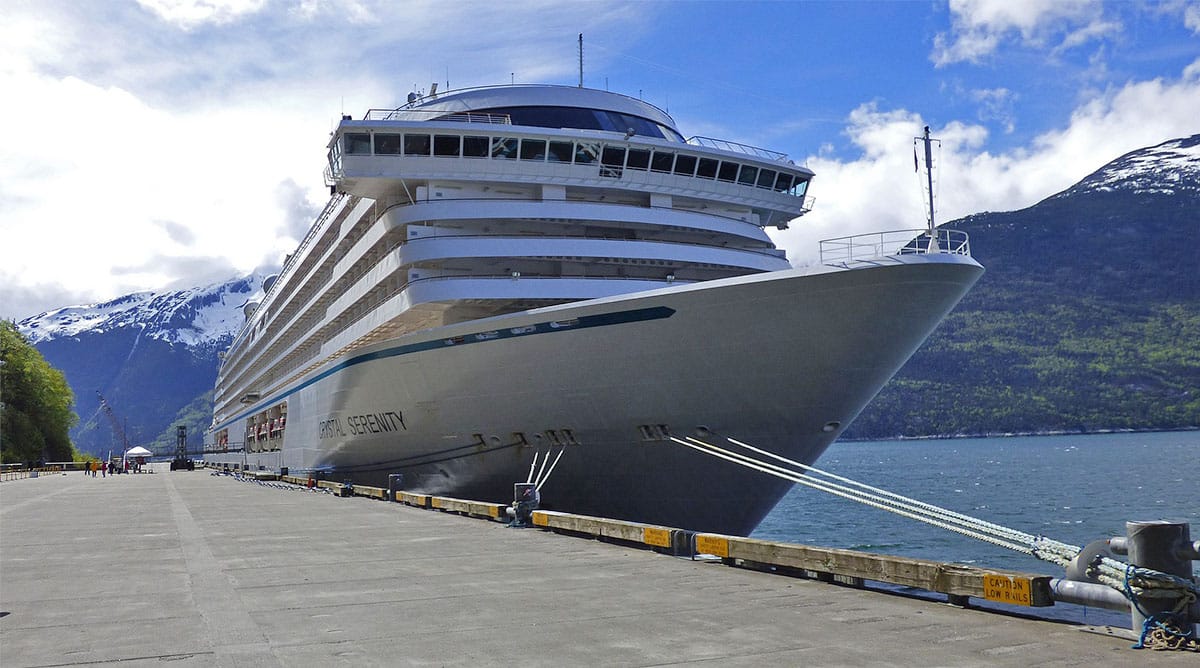 If a cruise line goes bankrupt while holding a customer’s cash, does the money just go down with the ship? That’s what many customers of Crystal Cruises have been asking since the cruise line went belly up earlier this year.

But the fear of bankruptcy and sudden shutdowns is not limited to this particular cruise line. Throughout the pandemic, our team has received a steady stream of concerned messages from cruise ship passengers. These travelers all have large sums of money tied up in various cruise lines via deposits and future credits.

Nicole Walsh is one of those would-be passengers who has been in a battle to retrieve nearly $4,000 from Crystal Cruises since last winter. The cruise line made repeated promises that her refund was on the way – right up until it announced its bankruptcy.

Now that Crystal Cruises has ceased to operate and its parent company is bankrupt, her cash is in no-man’s land.

With her travel agent unable to extract the refund from the bankrupt cruise line, Nicole hopes Consumer Rescue can help.

Jump to: Steps to take to get your refund from a bankrupt cruise line

Planning a cruise in the middle of a pandemic

In July 2021, as the cruise industry was just beginning to return to service, Nicole and her husband, Matt, decided to take the plunge.

“We had never been on a cruise together, and I heard a lot of good things about Crystal,” Nicole explains. “My travel agent recommended Crystal, and their river cruises looked really unique and upscale.”

Nicole and Matt were sold on the river cruise idea. The couple selected a seven-night cruise aboard Crystal’s Bach scheduled for April 2022. They put down the $3,850 deposit and happily began looking forward to the springtime “Romantic Rhine” cruise.

Nicole and Matt didn’t know it then, but they would never be taking that cruise. Not only that, they had just put down a deposit with a cruise line that was in a very precarious financial state.

Here’s the part of the story where I tell you that Nicole happens to be my best friend. I was unaware that she and her husband were considering booking a Crystal cruise, or I would have quickly warned her.

Crystal Cruises is not a budget cruise line, so the average missing refund that most customers presented to our team during the pandemic was in the $10,000-and-above range. Luckily for Nicole and Matt, they had only put down the deposit before they began to have doubts about Crystal Cruises.

A canceled cruise and a pending refund

Because of the pandemic, the cruise line hadn’t required full payment – yet. In December, after reading an article about the potential fate of Crystal Cruises, the couple asked their travel agent to cancel the cruise.

“The same day, we received an emailed confirmation that we were in a no-penalty cancellation phase,” Nicole told me. “The next day, I saw that our refund was pending on our Chase visa card.”

Nicole figured that would be the end of the matter.

But it wasn’t. It was actually just the beginning of her battle.

A few days later, she took a look at her credit card statement, and the pending refund was now missing. She called her travel agent who then followed up with Crystal. The cruise line promised to re-apply the refund.

It didn’t. In fact, by that time, the parent company of Crystal Cruises, Genting, was dodging creditors left and right — literally.

Then in February, Crystal Cruises made startling worldwide news.  During a closed-loop cruise with 700 passengers on board, Crystal’s Symphony suddenly changed course. Instead of returning to Miami, it headed to the Bahamas on the run from creditors. The ship was soon seized by authorities despite the dramatic getaway attempt. And the passengers were forced to find an alternative way back home.

Nicole knew then that her refund prospects weren’t looking good. That’s when she asked me for help.

What happens when a cruise line enters bankruptcy protection?

Just days after the bizarre shenanigans of the Symphony, Crystal Cruises fired all of its employees. The parent company, Genting, filed for bankruptcy.

Once a cruise line (or its parent company) declares bankruptcy, it receives legal protection. There’s no way for a consumer advocacy team to negotiate around that.

However…  as I explained in an interview with the travel magazine AFAR, consumers who have used a credit card to pay for their cruise have the protection of the Fair Credit Billing Act (FCBA) behind them. The FCBA allows credit card users to dispute charges from merchants when the goods and services have not been provided as agreed.

Nicole had paid for the cruise with her credit card, and she had not received anything from Crystal Cruises in return. I knew that Chase should protect its customer in this circumstance. But when she called Chase to request the chargeback, a customer service agent told her it wasn’t possible because of the original date of the charge.

Consumers Alert: If you purchased goods or services from a merchant and you did not receive what you paid for, your credit card company should be able to help you. The timeframe for a dispute is based on the expected date of service, not the date the charge first appeared in your account. In fact, I’ve guided consumers through successful chargebacks even when the original charge was a year or more before the dispute.

Knowing all of this, and also knowing that we have a very helpful executive contact at Chase, I helped Nicole through the process of appealing her credit card dispute. Together we called Chase once more, and she explained her request to file a dispute – but once more, an agent told her it wasn’t possible.

Next, I escalated her request to a supervisor, I reminded him of the FCBA, and he readily accepted Nicole’s chargeback request. She soon had a temporary credit of the $3,850 deposit while Chase began the credit card chargeback investigation.

It’s important to note that even when a chargeback investigation is launched by your bank, the merchant has 30 days to respond. Of course, for obvious reasons, most bankrupt companies will not answer, and in this case, Crystal Cruises did not. But consumers should be aware that a temporary credit initially given during a chargeback can be reversed, so keep that in mind until you receive the final written determination from the bank.

Here’s exactly what you need to know about getting your money back when a travel vendor goes belly-up.