Skip to content
Home >> Travel Troubles >> Why did American Airlines call me a no-show for a flight it canceled? 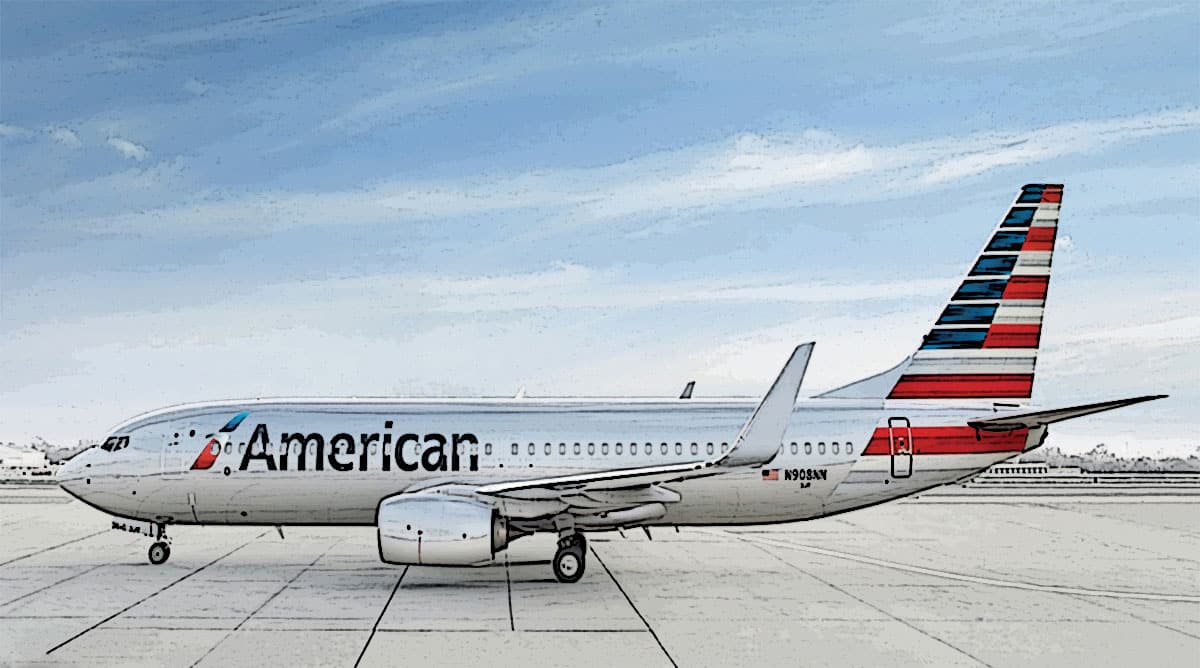 How could American Airlines consider a passenger a no-show for a flight it canceled? The answer to that question is, of course, it can’t. Yet that seems to be precisely what happened to Sherri Gleason – and at the worst possible time for the grandmother-to-be.

During a recent snowstorm, an American Airlines agent informed Sherri that the airline had canceled her upcoming flight. That flight was meant to take Sherri to Dallas, where she would attend her daughter’s baby shower. With no replacement flights available to get her to the event on time, she reluctantly accepted the inevitable.

But soon, Sherri‘s tremendous disappointment at missing her daughter’s special party turned to outrage. First, American Airlines swiftly rejected her refund request for the canceled flight – claiming she’d been a no show. And when she pressed for further information, the airline accused her of canceling the much-anticipated trip herself.

Now Sherri is asking our team for help. She wants American Airlines to give her money back for the canceled flight. But the airline continues to stand by its claim that Sherri was a no-show for a flight that operated as scheduled.

So what’s really going on here? Let’s find out.

Jump to: This is what happens if you are a no show for your flight

Booking an American Airlines flight for a special party

In January, Sherri was excitedly planning a trip to attend her daughter’s baby shower in Dallas.

“I found a flight that worked out perfectly,” Sherri recalled. “I didn’t have a lot of free time to travel at that moment, so I booked a short trip on American Airlines.”

The baby shower, scheduled for February 5, would be the main event of the trip. Sherri intended to book a more extended stay when her new grandson arrived.

As a former American Airlines employee, I’m well aware of the unpredictable weather in Dallas. But I hoped that the weather would not cause any flight delays or cancellations and that this trip would go off without a hitch.

Unfortunately, the weather would end up causing many problems for Sherri. But ultimately, American Airlines would present the biggest obstacle to Sherri celebrating the baby shower with her family.

A surprise storm and a canceled American Airlines flight … or maybe not.

A few days before Sherri‘s scheduled flight to Dallas, a surprise snowstorm hit that region of the state. Widespread flight cancellations were reported, and Texans shared the unusual weather with local news stations.

“I worried that the weather might cause American Airlines to cancel my flight,” Sherri recalled. “But I didn’t receive any cancellation announcements, so I hoped I was still going.”

On the morning that Sherri intended to fly to Texas, she made a call to American Airlines.

I saw so many flights being canceled that were routed to and through Dallas. But my flight seemed to be still operating. At approx. 5:50pm, I received a call back from American Airlines. The agent was extremely nice and helpful. She advised me that unfortunately, in the 4 hours since I had last checked on my flights, the airline had canceled both the OUTBOUND and RETURN flights on my itinerary.

While I contemplated how disappointed I was at missing my daughter’s baby shower (her first baby), the agent and I discussed my options. Since AA had already canceled nearly 40% of its flights at DFW due to the ice storm, there were limited options from GSP. So I realized that I was going to miss the baby shower. I had not received any notifications from AA that my flight(s) were canceled and I mentioned this to the reservation agent. She said that she could see they (the flights) were canceled in her system. She told me that she would process the refund request for me.

Next, Sherri dialed her daughter’s number to deliver the bad news: she wouldn’t be able to attend the joyous occasion because of the canceled flight.

But early the next day, Sherri would receive startling news.

A surprising message from American Airlines about a canceled flight

The following morning Sherri checked her emails and saw a surprising message from American Airlines.

“I had forgotten that I had signed up for flight alerts,” she recalled. “The alert from American Airlines reminded me of my “on time” flight!”

Sherri picked up the phone and called American Airlines but found a four-hour wait to speak to an agent.

I decided not to bother waiting to find out what was going on. The agent had already confirmed that she had submitted my refund request. At that point, there was no way that I could have had time to pack and get to the airport even if the flight had been operating. But since the agent told me the flight was canceled, I assumed this alert was probably a computer glitch.

Unfortunately, that appears to have been an incorrect assumption.

American Airlines: “No-show passengers do not receive a refund.”

As a former American Airlines employee of 30 years, Sherri was well aware of the refund rules – if an airline cancels your flight, it owes you a refund.

So that’s what made what happened next so surprising to Sherri: American Airlines rejected her refund request.

I received an email that said my refund request was rejected. The agent said my flight hadn’t been canceled – so basically I was a no-show. How can I be a no-show for a flight that the airline told me was canceled? If that flight was operating, I would have been on it! I wanted to go to my daughter’s baby shower.

Now Sherri was more confused than ever and angry. What had gone wrong here?

“I believe an American Airlines agent made a mistake!”

Sherri quickly filed an appeal and reminded American Airlines that its phone agent had informed her that her flights had both been canceled. But within days, a  customer service supervisor sent her a rejection confirmation of her refund request.

I sent one more appeal to American Airlines and I reiterated that I didn’t cancel this trip. I asked someone to call me since I thought the airline had not understood the problem, yet. By now, it seemed pretty clear that an American Airlines agent had made a mistake that cost me the opportunity to attend my daughter’s baby shower. But I soon received another email telling me that American Airlines had reviewed my request again and the answer remained the same. Further, this supervisor advised me that supervisors don’t call customers.

As Sherri was trying to figure out what to do next, she began searching the internet. That’s when she came across an article that I had recently written about another American Airlines passenger who had been given inaccurate information from a customer service agent:

And so Sherri decided to submit her request for help to our team.

Did American Airlines cancel this flight?

When I went through Sherri‘s paper trail, I could see right away that she had a problem. She had no proof that American Airlines had canceled her flight. So then I checked Flight Aware and that information confirmed that those flights had operated as scheduled.

In response to Sherri‘s appeal for a refund, American Airlines reiterated that it does not provide refunds to no-show passengers or customers who cancel nonrefundable flights.

But why would a grandmother-to-be have booked a flight to take her to her daughter’s baby shower and then been a no-show? I believed that she wanted to be at that baby shower. I also knew from past cases that customer service agents can make mistakes and have been known to give inaccurate information from time to time —  and that those conversations are often recorded.

It was time to send this case over to American Airlines and determine if the airline had recorded the conversation between Sherri and the agent. And if so, did that representative give her the wrong information about those flights?

How are you? Would your team be able to have a look at this American Airlines passenger’s complaint/claim? Sherri Gleason says she had a flight to go to her daughter’s baby shower in Dallas. But there were some broad cancellations due to the weather the day before. She called AA on Feb 3 to see what her options were in case her flight was canceled. She opted to have a callback, and she says that an AA agent called her back several hours later (5:55 pm eastern) and told her that her flight was canceled.

It turns out that wasn’t correct information. Her flight operated as scheduled, but she wasn’t on it because of the information that was conveyed to her in that phone call. Then when she requested a refund for the canceled flight, it was rejected because AA says it didn’t cancel the flight.

Sherri is hoping that American Airlines recorded the call and that your team might hear that the agent gave her incorrect cancellation information.

Thank you! (Michelle to American Airlines)

Soon came the good news. It appears that phone recordings, as we have seen in past cases, vindicated Sherri. Our American Airlines executive contact confirmed that the airline would provide a full refund.

I received a phone call from American Airlines late yesterday letting me know they were refunding the ticket amount due to the agent’s error when she advised me my flight was canceled when it wasn’t. Thank you!

And although Sherri did miss the shower, she soon met her healthy baby grandson in person, and that’s the happiest ending for this tale. 😃

Sherri wasn‘t a no-show for her flight. But it’s important for travelers to know what happens in this situation.

It’s best to avoid “no showing” for any flight, as repercussions can often be avoided or mitigated just by letting the airline know you’ll be missing the flight. Here’s what can happen if an airline brands you as a no-show for your next flight.