Skip to content
Home >> Travel Troubles >> What does American Airlines really owe you if it cancels your flight? 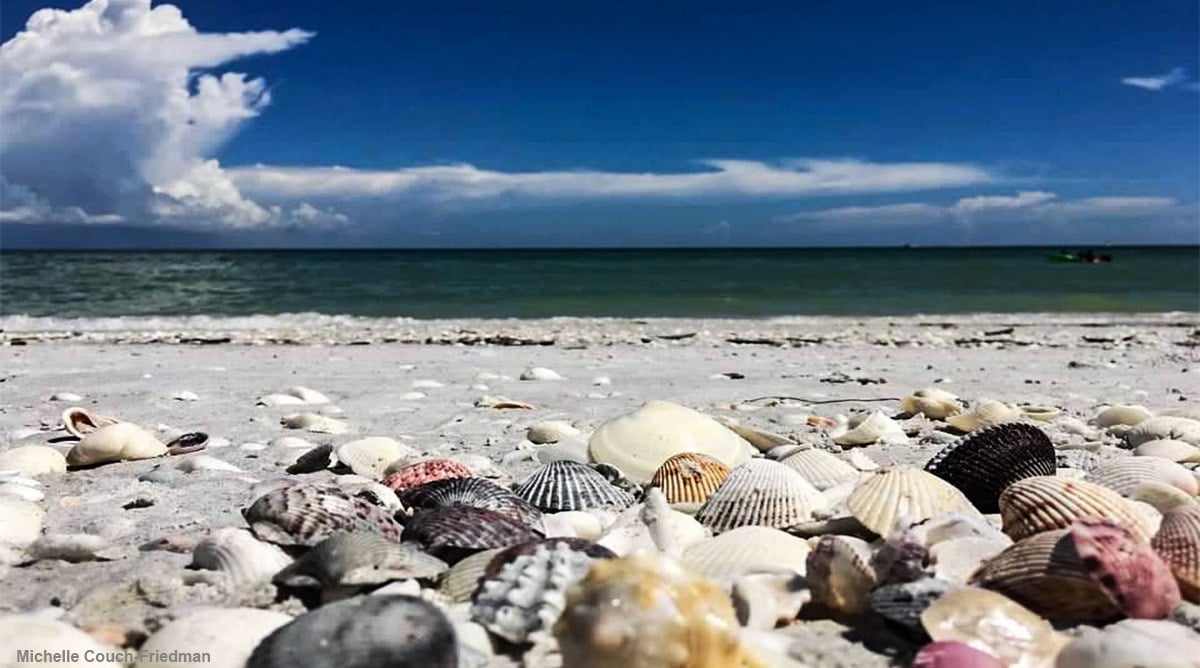 If American Airlines delays or cancels your flight home from vacation, what does it really owe you?

That’s what Mikayla Shade wants to know after finding herself in this unfortunate situation. She says an American Airlines agent told her that when the airline cancels a flight, the passenger will receive a full refund. Mikayla used that guidance to determine her budget for a new flight home. It wasn’t until American Airlines processed her “full refund” that she discovered she’d relied on incorrect guidance from the agent.

Now Mikayla wants our team to ask American Airlines to provide what its representative promised her.

Last month, Mikayla and two of her friends decided to take a short getaway from New York to Florida. Their schedules didn’t allow for a lengthy trip, so they would spend just a few days in Tampa.

The trio arrived in the Sunshine State right on time. They enjoyed their brief outing, and soon it was time to pack and head back north.

Everything was fine until the day we were to fly home. That morning, American Airlines sent me notification that our flight was delayed. I started getting worried since we all needed to get home for work.

The day progressed and Mikayla became more concerned as the delay of the American Airlines flight extended.

When the delay hit the four-hour mark, Mikayla says she called American Airlines to ask about her options.

“[The American Airlines representative] told me that because the flight was delayed four hours, we could have a full refund,” Mikayla recalled. “I asked her for clarification.”

That’s when Mikayla says the agent gave her some unusual advice.

“What will American Airlines owe us if we cancel before the airline cancels?”

“She said if we decided to cancel because of our flight delay, American Airlines would refund the entire trip,” Mikayla recalled.

The whole trip? That sounded great, but Mikayla had read many articles about airlines encouraging passengers to cancel first during the pandemic. So she was a bit suspicious. In fact, we’ve reported on many airline schemes in the past 2 1/2 years.

Mikayla and her friends were not only on a tight schedule, but they were also on a tight budget. As it was beginning to look more likely that American Airlines would be canceling their flight entirely, she started to look at alternative transportation.

As Mikayla still had the American Airlines agent on the line, she asked again what would happen if either she or the carrier canceled the flight. The agent repeated that she would receive a full refund of the entire trip.

So with that in mind, Mikayla and her friends found a replacement flight that they could afford with the refund. Although, it still exceeded their budget.

They gave the American Airlines agent the green light to cancel the flight and process the refund.

“We paid for new flights [on another airline],” Mikayla explained. “It definitely stretched beyond what we could afford for this trip, but we needed to get home.”

American Airlines quickly processed the refund for the canceled flight

Within a day of returning home, Mikayla and her friends were pleased to receive the notification that American Airlines had processed the refund for the canceled flight.

Until they took a look at the details.

“The agent clearly told me that we would each receive a full refund for the canceled flight,” Mikayla says. “But we only received a small refund that apparently was for the return flight only.”

If you’re a regular reader of our site, then you know that’s all that American Airlines owed the group.

What does the U.S. Department of Transportation require?

When an airline cancels or significantly delays a flight in the United States, the U.S. Department of Transportation only requires the airline to do one of two things:

But Mikayla and her friends felt sure that the American Airlines agent had misled them either by accident or on purpose.

“I couldn’t get through to anyone at American Airlines who could explain what happened here. So I started scrolling through the internet looking for how to solve this problem,” Mikayla recalled. “That’s when I found your article about flight cancellation compensation.“

She sent her request for help to our team, and soon her plea landed on my desk.

“I have audio proof that the American Airlines agent gave me wrong information.”

Travelers often contact our team with complaints that include wild misunderstandings of the terms and conditions of the company that they’re complaining about. And when Mikayla told me that a representative of American Airlines told her she would be entitled to a full, complete refund of her itinerary because a return flight was delayed, I assumed that she had misunderstood the agent.

But she insisted that the American Airlines agent had told her that she’d receive a refund of the entire trip because of the return flight cancellation.

Unfortunately, in most of these cases, the consumer finds themselves in a “he said, she said” situation. Without any proof, the airline will say that the passenger misunderstood, and the passenger will say they did not. There is no way for our team to prove the case.

When I explained our limitations to Mikayla, she told me that she had recorded the conversation.

And when she shared that conversation with me, the case shifted in her favor.

In that recording, the American Airlines agent sounds a bit uninterested. But several times, Mikayla asks what will happen if she cancels the flight. The agent tells her that she and her friends will get a complete refund because the airline has already delayed the flight by four hours.

Mikayla asks for the refund total. And the agent tells her that American Airlines will refund $234 per person – the entire amount each person paid for the trip.

I had heard enough. It was time to ask American Airlines about this case.

Asking American Airlines to have a look at this case

We have an American Airlines customer here asking for our help obtaining a refund that an AA agent seems to have promised her in error. Mikayla Shade and her two companions flew to Tampa on a round-trip ticket for $234. The return trip was delayed for over 4 hours, so Mikayla called American Airlines and asked about her options. She explained that she needed to get home sooner, and the agent told her that she could cancel the return flight and American Airlines would refund the ticket.

Mikayla was a bit confused and asked if the whole ticket would be refunded and what the refund would be so that the trio could determine if they had enough funds to purchase a new ticket on another airline. The AA agent told her that each person in the group would be refunded $234 (the entire round-trip cost). So based on that guidance, these passengers canceled the flight and rebooked on another airline. Of course, when the refund came, it was only for the cost of the leg that was canceled ($116).

I’ve explained to Mikayla why she only received a refund for the canceled flight, and she understands the rules now. But she is asking that AA reconsider providing the full refund promised to her by the AA agent. She has sent me a copy of the phone call with the AA agent, and this employee does clearly tell her that she will receive $234 per passenger as a refund. I can send you that audio file if it would be helpful, but I assume AA has a copy of the call as well.

As I told Mikayla, this agent minimally needs to know the cancellation rules so that she isn’t offering inaccurate information to AA customers who depend on her guidance to make decisions. The total additional refund this group of three passengers is hoping for is a little over $100 each. I get the impression they’re a young group of novice travelers who really were unaware of the policy — but then it seems that the AA agent was as well! 😵

Could you let me know if there is anything further AA would be able to do for these passengers (Maybe the promised refund?😬)? Thank you!

The good news: Here’s the rest of the promised refund

The good news came quickly for this group. As in previous cases, when an American Airlines agent went off script and offered something that the airline didn’t really owe to a passenger, our executive contact agreed to fulfill the offer.

American Airlines has now refunded this trio of travelers the full amount of their itinerary — because that’s what its agent offered.

Mikayla and her friends consider themselves smarter travelers today. They appreciate the refund that American Airlines provided for the flight it canceled.

And they understand it was a goodwill gesture offered because of a mistake by an inattentive or unaware American Airlines agent.

If American Airlines cancels or significantly delays your flight, here’s what you’re owed

There have been more flight cancellations and delays during the pandemic than ever. Our advocacy team receives many complaints each week from travelers wondering what an airline owes them under these circumstances.

Here’s what you need to know if American Airlines cancels or significantly delays your next flight.

The bottom line: If an airline cancels your flight, it owes you a refund. And If you’re having trouble getting it, you can always contact our team. We’re always here to help. Don’t believe me? Send us an email or help request. One of us will get back to you before you know it!😛  (Michelle Couch-Friedman, Consumer Rescue)