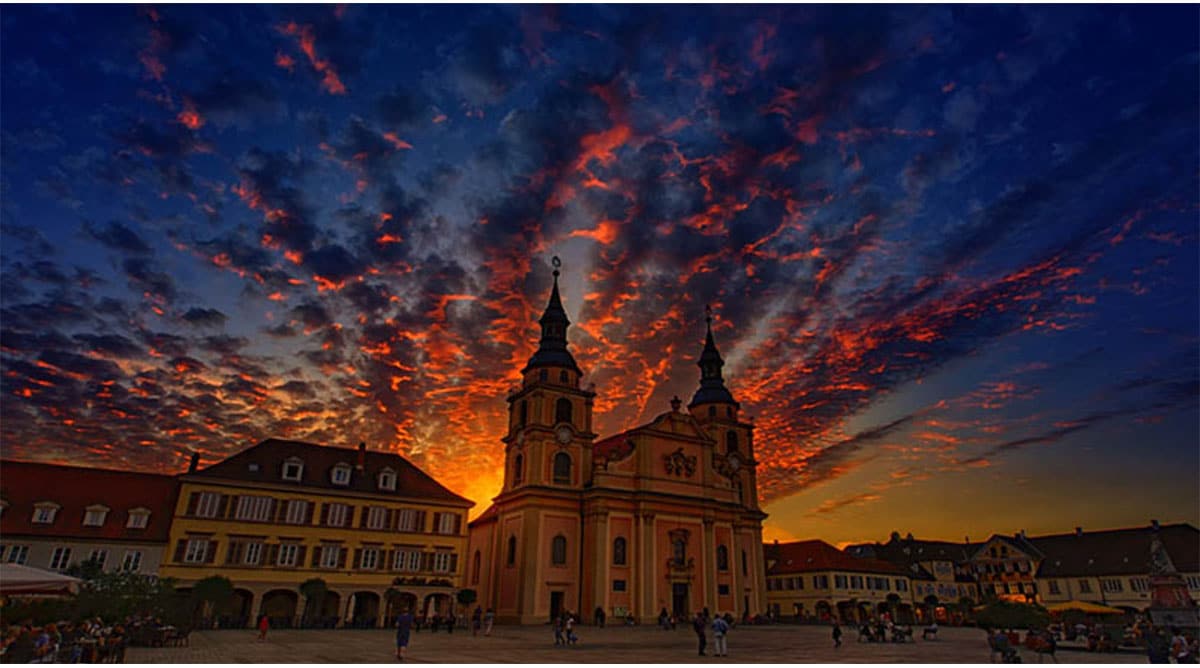 Heather Steele just landed on the Do Not Rent list of her favorite car rental company — Hertz. She says she’s been a great customer of Hertz for many years, and the banishment has her flabbergasted. But a dispute over a prepaid car rental refund sent her account to collections and earned her a spot on the blacklist.

Now Heather is asking our advocacy team to step in and clear her name. She wants to be removed from the Do Not Rent list and have Hertz return her account to good standing.

This case is a frustrating tale that highlights the depersonalization of customer service in many companies today. Heather found it impossible to find even one agent at Hertz who was willing to take a close look at the facts of her case — even though those facts included the company’s own written policy.

Returning a prepaid car rental early and asking for a refund

The genesis of the problem that ended with Heather’s placement on the Do Not Rent list at Hertz began last winter. She booked a prepaid car rental for 89 days in Germany at a total cost of $1,800. However, her business concluded early, and she returned the car sooner than expected.

“I should have received a refund for the 22 days that I did not use the car,” Heather explained. “The representative at Hertz Stuttgart refused. She even became hostile with me when I asked for the refund.”

The situation began to escalate with another agent pointing out “damage” on the car.

“I had detailed photos of the car and so I knew they had no case,” Heather recalled. “It turned out to be mud.”

But the commotion caused Heather to abandon her insistence of an immediate refund. She flew back home and assumed that Hertz could quickly correct the misunderstanding stateside.

Unfortunately, Heather could not have been more wrong about the trajectory her care rental problem was about to take.

Prepaid car rentals are not refundable

When Heather arrived home, she called Hertz in the hopes that a quick phone call would get her refund processed.

The agent told Heather that according to the company’s terms and conditions, prepaid Hertz car rentals are not refundable. If a customer returns a vehicle early, Hertz will not provide any refund.

This no-refund policy is standard across the car rental industry. In the United States, prepaid car rental rates are a lot like the “basic economy fare” of the roadways. These are typically fairly discounted rates but are quite restrictive. Once you’ve locked yourself into one, you have little flexibility even if your plans change.

Our team is no stranger to complaints from consumers whose plans change after booking a nonrefundable prepaid car rental rate. Unfortunately, those cases are impossible to mediate since the terms of these discounted rentals are clear at booking: Use it or lose it.

And so, before booking a prepaid car rental, travelers should carefully weigh the pros and cons of these rates.

But Heather’s car rental was European, and that makes all the difference.

In Europe, prepaid car rentals are refundable — under certain conditions

“The terms of car rentals are a bit different in Europe,” Heather explained. “If a customer returns a prepaid car rental early, the agency must refund the unused days.”

It turns out that before Heather booked the prepaid rental, she had confirmed with Hertz that she could return the car early — with a refund for any unused days. In fact, the terms of prepaid rentals in Europe are much more customer-friendly than the ones that apply to U.S. rentals.

The refundability of the unused days on Heather’s prepaid rental was confirmed in her contract with Hertz. So Steele found it hard to believe that she was having so much trouble proving her case.

After repeated attempts to reach anyone at Hertz who was willing to look at the information in her contract, she finally gave up.

In frustration, she turned to her credit card company for help.

And so Heather decided to hand her battle over to Chase. She filed a credit card dispute for $417 of the $1,800 rental prepayment. Then she waited for the results of Chase’s investigation into the chargeback.

However, over and over, I’ve received bewildered pleas for help from consumers who have misused the credit card dispute process. That misuse invariably ends in additional, sometimes impossible, complications for the consumer.

A credit card dispute should only be deployed as a last resort in any self-advocacy mission. If you lose the credit card battle, the company has no obligation to address your complaint further. And so, it’s quite challenging for our team to successfully mediate a case once it has already ended in a victory for the company.

It’s also critical to remember that winning a credit card dispute does not guarantee that the merchant will drop the case. The conclusion of a chargeback investigation only ends the credit card company’s involvement in the dispute. The merchant is always free to pursue the debt elsewhere.

And as you’re about to see, that’s exactly what happened in Heather’s case.

Next stop: the Do Not Rent list at Hertz

Several weeks after asking Chase for help, the banking giant sent Heather the good news. It had settled her credit card dispute in her favor. According to the formal notice from Chase, Hertz had declined to fight the chargeback.

Heather was relieved that Chase had handled the frustrating situation for her with almost no hassle. She then called Hertz to confirm that the company also considered the case closed.

When I called customer service on that day, the Hertz agent assured me that this chargeback had been accepted and authorized. He told me that I owed nothing. I would never have to worry about this issue again.

Heather believed that her struggle over the prepaid rental was finally over.

Yet, again, she was wrong. Hertz had more surprises for its long-term, “valued” Gold member customer.

“Two weeks later, I received a demand for payment. Hertz sent my account to a third-party collections agency,” Heather reported. “Also, my name was added to the Do Not Rent list and the company revoked all my accumulated points.”

Heather had enough. Her mom told her about our advocacy team, and that is when she asked for my help.

Can our advocacy team reverse this banishment?

When Heather’s desperate cry for assistance landed on my desk, I also initially thought she must have misunderstood the terms of her prepaid rental. I assumed that the misunderstanding had snowballed into her eventual banishment from Hertz.

However, once Heather forwarded the entire contract from her long-term rental in Germany, it was clear she was correct. Even though Hertz didn’t, I did carefully read the contract. There in black and white, it said:

The contract detailed a straight-forward process to qualify for this refund. Steele had fulfilled all the requirements for the refund of the unused days of the prepaid car rental as per the written terms.

Based on those terms, Hertz should have refunded the 22 unused days. Instead, even with the contract on her side, the company refused to provide a refund and sent Heather on a frustrating mission to prove her case. Ultimately, the company blacklisted one of its best customers. At any customer service level along the way, if someone had just reviewed the information in the contract, this entire aggravating battle could have been avoided.

It was time for me to contact Hertz and see if we could put an end to this fiasco.

Dear Hertz: You put one of your best customers on the Do Not Rent list

I reached out to our executive contacts at Hertz and explained Heather’s months-long battle. And I pointed out that per her contract, the company owed her a refund for the days that she did not use. I even provided a copy of the relevant part of the agreement.

A few days later, (mostly) good news finally came for Heather. Our executive contact explained that her team had reviewed the case and determined that:

I have confirmed that Ms. Steele has been removed from the Do Not Rent list by our Customer Care team. In taking a closer look at what happened, it appears that Ms. Steele was provided incorrect information regarding the refund for the unused rental days.

It is not our policy to provide refunds for unused days per our terms and conditions for pre-paid rentals. Our records indicate Ms. Steele disputed the charge with her credit card company, which provided a refund for the charge. Due to this, Hertz did not collect the funds; therefore, the amount was put in collections. I can confirm the collection claim is now closed, and we will not attempt to collect.

Uh-oh. The response from Hertz sounded a bit like a goodwill gesture — not a correction of a mistake within the company. So although I was pleased that the case would have a positive resolution, I thought it was important to dig a little deeper.

I sent one more message to the executive team at Hertz:

Thank you, ****. It does appear though that European law is a bit different in terms of rental cars and prepaid rentals. I think that is where the confusion began. This [information] is directly from the Hertz website. Heather did follow all the steps. Thank you again for your help! Michelle

An apology and a vindication!

And finally, Heather received a full vindication from Hertz. I soon heard back from the company with a correction and clarification. Hertz had made a mistake refusing Heather’s refund and slapping her onto the Do Not Rent list.

Michelle, Thanks for your patience! I was able to confirm that it is our policy to refund for unused pre-paid days in Europe for rentals with a minimum of 3 days. Here is our amended response:

Per our policy for pre-paid rentals in Europe, Ms. Steele should have been issued a refund for the unused days. Ms. Steele has been removed from the Do Not Rent list and the collection claim has been closed. Our Customer Care team has reached out to Ms. Steele and apologized for these errors and the confusion in getting this matter resolved.

And so this case is finally over for Heather. She is relieved that after so much prodding, Hertz was willing to review its own policy and admit the mistake was within the company. However, she is perplexed about the punitive actions Hertz took before even carefully reviewing the evidence she tried to provide.

And that apology from Hertz? Heather finally received it. (Michelle Couch-Friedman, Consumer Rescue)

Before you go: What happens when a traveler returns a rental car to the wrong location? This

Michelle Couch-Friedman is the founder and CEO of Consumer Rescue. She is an investigative consumer reporter and advocate, author, and licensed psychotherapist. Michelle is a public speaker and her expert guidance has been cited in Consumer Reports, Travel & Leisure, The Wall Street Journal, Newsweek, Popular Science, CNN, CNBC, Travel Weekly, Reader's Digest and more. You might even catch Michelle on tv helping fix a situation. :) Michelle is also an Ombudsman Columnist for The Points Guy and the former executive director of the nonprofit Elliott Advocacy. During her six years in that position, she resolved thousands of cases for troubled travelers and other consumers. You can read hundreds of 5-star reviews Michelle earned during her service to the nonprofit since 2016 here on Great Nonprofits. Today, she continues to spend as much time as possible fiercely defending consumers and exploring the world with her family. Contact her at Michelle Couch-Friedman or on Linkedin, Twitter or Facebook.