Skip to content
Home >> Cruise Fiascos >> Surprise! Your favorite cruise line put you on the Do Not Sail list. Now what? 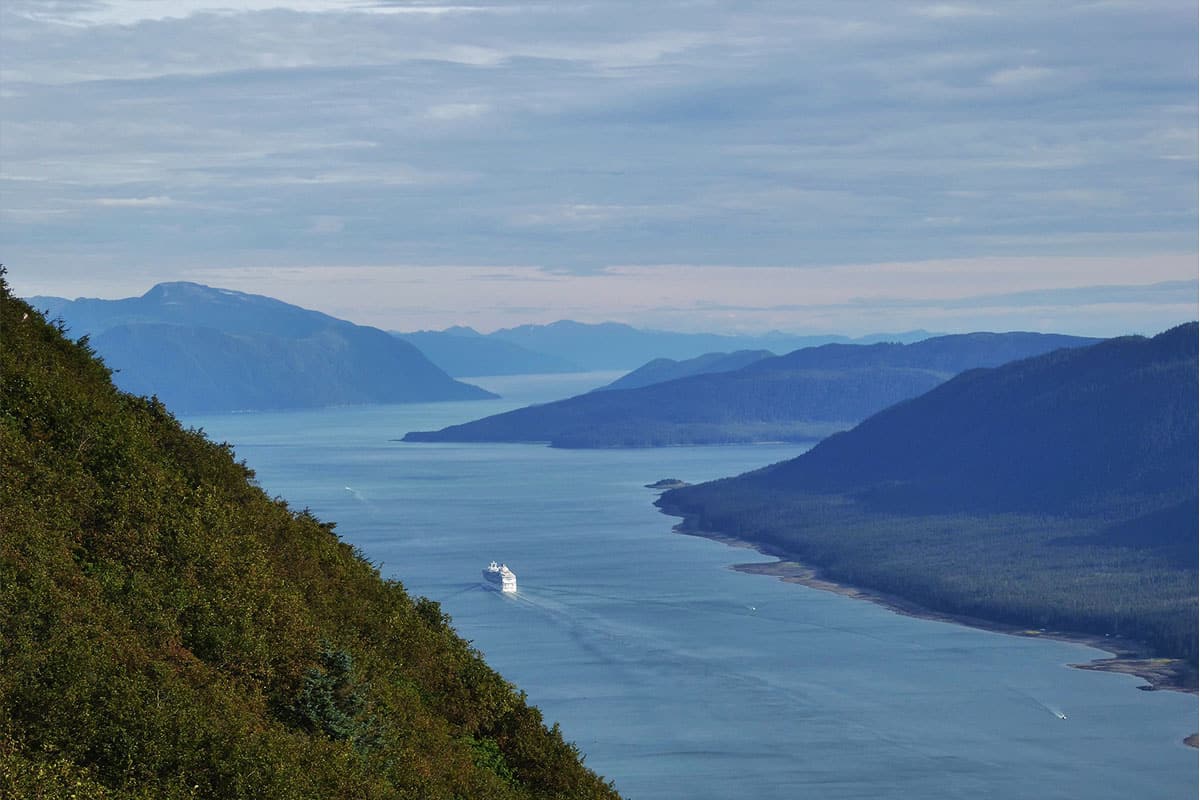 Could your favorite cruise line put you on its Do Not Sail list and not tell you why?

Christie Cook says it happened to her. Soon after her family’s Alaskan cruise aboard NCL’s Bliss, the cruise line informed her that she had earned a spot on its Do Not Sail list. But she says no one will explain why she’s banned from cruising on NCL — and its affiliated lines.

Christie wants our advocacy team to ask NCL to remove the ban and allow her to cruise again.

This cautionary tale illustrates what can happen if you run afoul of a megacorporation. All major cruise lines can and do reject passengers they believe to be problematic. Unfortunately, if you land on your favorite cruise line’s Do Not Sail list, the only remedy may be to find a new favorite.

Cruising through Alaska on NCL’s Bliss

Christie’s trouble with NCL began during her family’s cruise to Alaska. She had booked two connecting suites aboard the cruise ship.

“The problem was that our assigned cabins weren’t connecting rooms,” Christie recalled. “Our two daughters, ages 12 and 14, were separated from us.”

Christie says she spent much of her time during the cruise trying to correct the situation.

“I was never aggressive, abusive or ugly,” Christie explains. “I did ask many times for help with a resolution but was never out of line.”

The cruise ship was booked to capacity, so despite Christie’s persistent requests, the family remained in the two unconnected cabins.

Not on the cruise line’s Do Not Sail list — yet

After the cruise, she continued to complain to NCL about the mishandled reservation.

Soon she received a somewhat standard apology letter from Norwegian Cruise Line. It did not address Christie’s complaints specifically, but it expressed NCL’s regrets that it had not met her expectations during the cruise. As a result, NCL offered the family four, $750 cruise credit vouchers for a future trip — $3,000 in total.

Christie wasn’t satisfied with this offer and requested that, instead, NCL apply a $3,000 cash refund to her credit card for the unsatisfactory cruise. She received a swift response to her suggestion: No.

And Christie began to plan the family’s next cruise — completely unaware that she was about to be permanently banned from cruising with NCL.

Within weeks of filing the credit card dispute with American Express, Christie lost the case.

This loss is not a surprise since the Fair Credit Billing Act (FCBA) only allows for credit card disputes for billing errors and fraud. Not receiving connecting cabins on your otherwise enjoyable cruise is not a valid reason to file a credit card chargeback.

But the loss of the credit card dispute was only part of the bad news coming Christie’s way. Soon she received a call that NCL had canceled her reservation for the new cruise she had booked. Further, the representative explained, the cruise line had added her name to its Do Not Sail list.

Christie says that NCL’s representative told her that the banning had to do with the $3,000 credit card chargeback. And despite Christie explaining that she lost the dispute, the agent did not change her position. Christie’s name would remain on the Do Not Sail list. NCL canceled the cruise and refunded her money.

Is there any way off the Do Not Sail list?

For the next several weeks, Christie was under the impression that she only needed to prove that she had lost the chargeback and NCL would remove her from the Do Not Sail list. This theory proved not to be the case, but she repeatedly sent the American Express information to NCL. But despite her efforts, weeks later she was still banned from cruising with NCL and she was looking for additional assistance.

Christie sent her request to our advocacy team to ask for our help. At that time, it appeared that she did not understand the gravity of the situation. She was still hoping to get her $3,000 in cruise credits back and applied to a new cruise.

I want NCL to honor the credit they offered me due to their error.  And, of course, I would also like to be off of their Do Not Sail list because my family, despite their customer service issues, would like to cruise again with them.

What is friendly fraud?

Friendly fraud occurs when a consumer is not intentionally trying to do something that could be considered fraudulent. It usually happens when a credit card holder is not fully aware of the correct use of the chargeback dispute mechanism. As a result, they end up disputing the cost of goods or services they legitimately owe to the merchant. In most cases, this just ends in a lost chargeback, and the money is returned to the merchant. But if a consumer does this too many times, there can be other repercussions.

When I looked over Christie’s paper trail, I thought it was doubtful that NCL would grant any of her wishes. She had filed a chargeback in a way that could be interpreted as friendly fraud. Cruise credits have no cash value. So asking American Express to convert the cruise credit into a $3,000 refund was wrong. NCL never offered a $3,000 refund. It gave each of her family members a $750 cruise credit for a future trip — a goodwill gesture.

Cruise credits have no cash value

I explained to Christie that her credit card dispute of the value of the cruise credits was an incorrect use of a chargeback. I shared my suspicion that this move is what landed her on the Do Not Sail list. She was surprised and said that she had no idea that she couldn’t dispute the cruise credit value. She said that she had even mentioned her plans to an NCL employee on the ship.

I believe it was someone on the ship [that I told] and also [I told] someone I spoke to regarding the credit. I told them I was not happy with a credit for future use because I did not know if I was going to be able to take another cruise. And to clarify, they did not say [the chargeback] was fine to do. They said if that’s what I wanted to do, feel free to do so. But no one told us, in any way that this could further complicate our situation.

Why is this NCL passenger on the Do Not Sail list?

Christie insisted that if I could contact NCL and provide the proof of her lost dispute, that NCL would likely lift the ban. She explained, her children love Norwegian Cruise Line and she didn’t want to disappoint them.

I was doubtful that anything I could do would even pry an explanation from NCL about Christie’s banning. And getting her removed from the Do Not Sail list? An even more remote possibility.

Our friends on the cruise line teams are always helpful in correcting company mistakes.

But since Christie was persistent and I had the impression that there was more to the story, I contacted NCL. I wanted to find out if she was banned from cruising permanently. And I asked if the $3,000 credit card dispute was what led to her placement on the Do Not Sail list. I attached a copy of the letter from American Express about her credit card chargeback loss — just in case.

The NCL executive resolution team responded with the expected answer to my query:

Our apologies for the delay.

Similar to your previous inquiry, we respect guest privacy and don’t discuss our relationships with them publicly. Again, sorry we cannot be of more assistance.

Taking a cruise and then disputing a portion of the cost of the trip, is a misuse of the credit card chargeback process. Unfortunately, many cruise passengers who have contacted our team over the years were unaware of this basic fact.

As Christie found out, a passenger who takes such action is almost guaranteed a spot on the cruise line’s Do Not Sail list. So if you don’t want to be banned from cruising – maybe forever – only use a credit card dispute as a last resort and, of course, make sure you are owed the refund you hope to receive.

In the end, Christie says she will continue to plead her case to various executives at the cruise line. She’s learned from her mistake but has no intention of giving up this battle – because “my kids are NCL’s biggest fans.” (Michelle Couch-Friedman, Consumer Rescue)

*Editor’s note: Some months after I first published this article, Christie contacted me and said her persistence paid off and she is no longer banned from cruising with Norwegian Cruise Line. NCL remained silent on the topic.