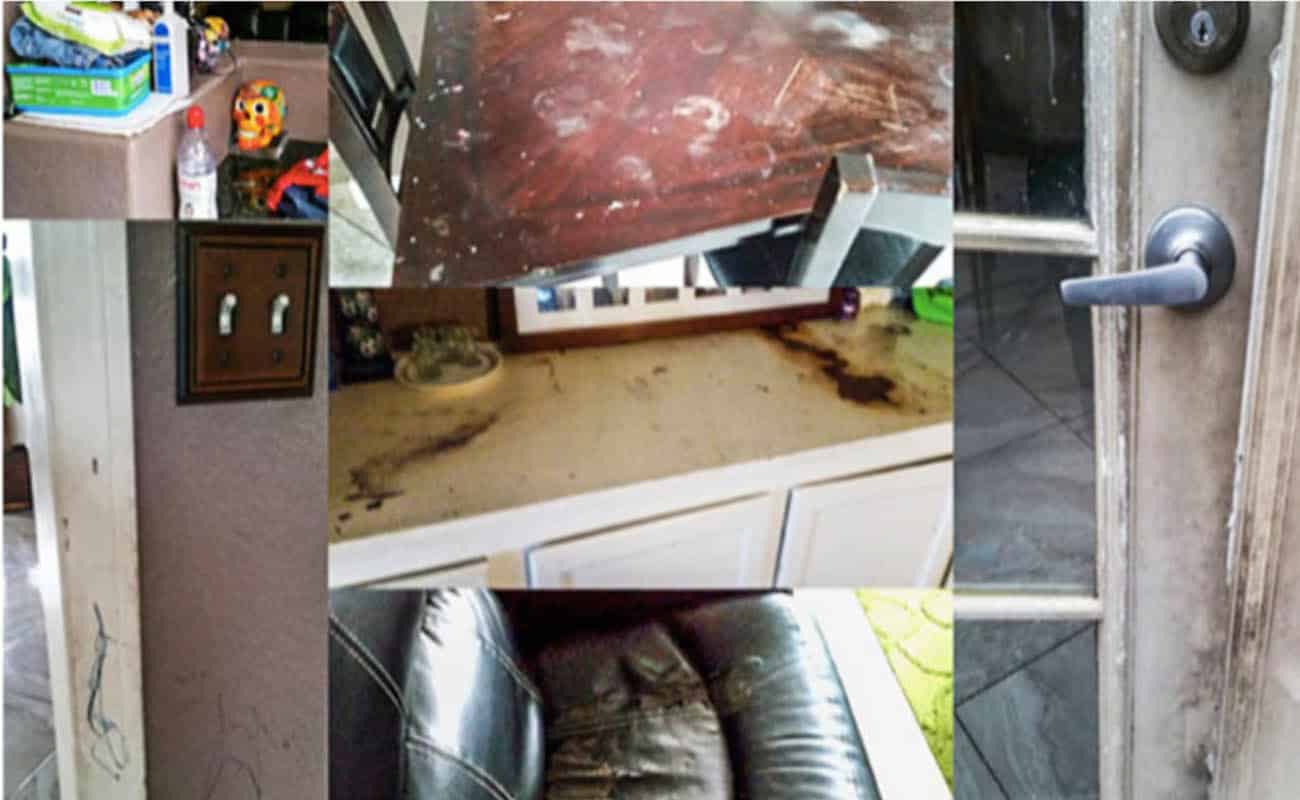 When Mary Scholtz planned a trip to Las Vegas, she was not anticipating that her biggest gamble would be on her Airbnb rental. Unfortunately, this thoroughly unsatisfactory illegal Airbnb rental in Sin City was anything but a winner, and now Mary wants a complete refund.

I booked a vacation rental through Airbnb in Las Vegas and paid $1,464 for a three-day weekend. Upon arrival, I found the property filthy and totally unacceptable. The furniture was heavily stained and beyond normal wear and tear. There was a strong odor of animal urine in the house.

The Airbnb host indicated that the key to the property had been lost and she was unable to get a new key made. So I had no key.

I soon learned that the owner is violating Las Vegas short-term rental codes and has been ordered to cease listing her property on Airbnb. This home is an illegal rental.

I immediately canceled the reservation and left a message for the host on her phone. On Airbnb, I filled out the cancellation notification. For some reason, Airbnb has only refunded $1,087. Can you help me get the rest of my money, please? — Mary Scholtz, Davenport, Iowa

You had every right to expect that your Airbnb rental in Las Vegas would be a legally approved, clean property that would bear some resemblance to the property you viewed on the Airbnb site.

But as many Airbnb guests have found before you, sometimes the reality of the property doesn’t match the listing. See:

When you arrived you were confronted by a residence that was a far cry from the Airbnb photographic representation. This place was sporting torn upholstery, dirty tables, piles of the owner’s personal belongings, and scratches and crayon marks all over the walls and doors. One quick look around left you wondering how fast you could hightail it out of there.

To add to the disagreeable situation, the smell of the home was equally intolerable.

The fact that the host did not even provide you a key or other means to secure the home during your stay was just an additional absurd aspect of this botched vacation rental.

However, you found the most compelling reason for your immediate rejection of this “rental” taped to the garage door. It was an official cease and desist letter from the City of Las Vegas. The notice announced that the property is an illegal rental unit.

This should have immediately nullified your contract with the host and Airbnb and qualified you for a full refund.

But for some reason, it didn’t. And that’s when you contacted our advocacy team.

In the paper trail that you provided, it seemed that the Airbnb representative did not fully grasp the situation. You had (awful) pictures that showed the condition of the home and a letter from an officer of the City of Las Vegas stating that this Airbnb rental is illegal.

What went wrong with this Airbnb rental in Las Vegas?

The initial Airbnb representative focused on the wrong part of your story. He pointed out that you had not followed the Guest Refunds Policy Terms precisely as is laid out in the Airbnb contract. Under “Conditions to Claim a Travel Issue,” Airbnb details that you must make an effort to let the host remedy the situation before you reject the property.

The representative pointed out that you did not give the host a chance to correct any issues with the home. Clearly, the facts of this case show that was not possible. There is no way that the host could have corrected the lack of approval from the City of Las Vegas to rent the property she had presented to Airbnb as a legal rental.

This Airbnb representative put you off for several weeks, telling you that he was attempting to get the other side of the story from the host, who was not answering his inquiries.

Meanwhile, the host refused your calls as well. Unfortunately, as many of our cases show, that also is not an unusual tactic for a host to take when problems arise.

You began to seek out further information about her and discovered that she appeared to be having financial difficulties.

You found the host on the GoFundMe site. There, she was requesting donations to keep her business — a restaurant — afloat.

You suggested that the host’s “unavailability” may have been by design. Although your theory seemed like a logical conclusion, the Airbnb representative persisted with his stance that he needed to speak to the host before you could receive a refund.

Proof of an illegal Airbnb rental in Las Vegas

In light of the letter from Officer McCoy of the City of Las Vegas, I wondered why it was necessary to have any input from this Airbnb host. That message is quite clear:

This property has a Notice and Order from the City of Las Vegas to cease all short-term rental activity.

You may inform Airbnb they may contact me directly as to the status of this property if further explanation is needed. In the City of Las Vegas, a business license is required for this type of activity.

This notice should have proved your case. But still unconvinced, the Airbnb representative sent you one last email closing your case. He reiterated that this was the final decision and that he hoped you would continue to use Airbnb in the future.

If that was the end of this story, I doubt that you would ever reuse a company that sent you to an illegal rental and then charged you $400 for your trouble.

But that isn’t the end of the story.

I contacted Airbnb on your behalf, and their resolution team corrected your situation almost immediately. Our executive contact reviewed the case and noted that the representative who had been handling your request made an error. Arriving at a property in Las Vegas or anywhere else and discovering it’s an illegal rental is sufficient grounds for a complete refund from Airbnb.

Airbnb has now refunded all your payments and offered you a $50 credit.

In the future, if a company representative appears unable to understand your situation, politely ask to speak to a supervisor. Your story is an example of how useful a fresh set of eyes can be in resolving conflicts.

As a result of this case, Airbnb has removed this listing from its site.  We can be sure that this host will not lure any other unsuspecting traveler to her “rental.” And that’s a good thing. (Michelle Couch-Friedman, Consumer Rescue)