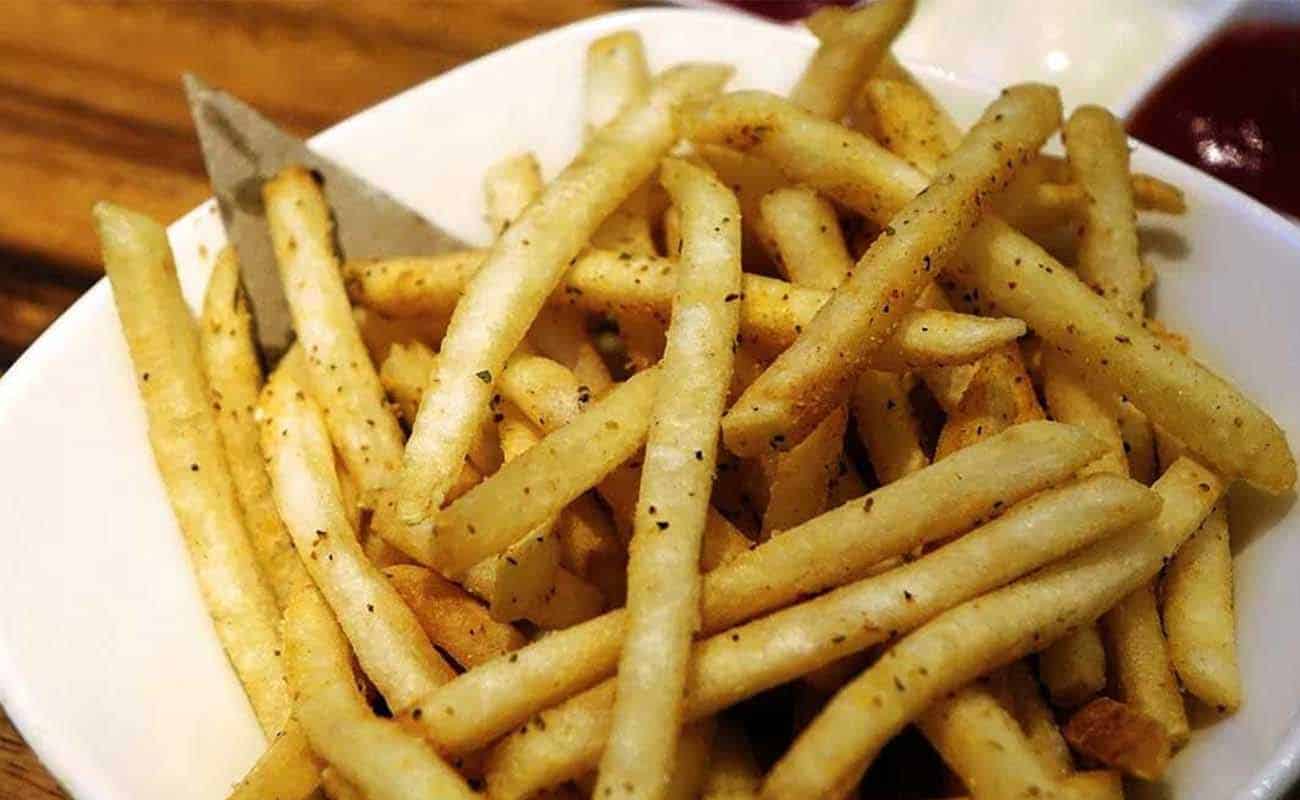 Before you do any more online shopping, you’ll want to read about the scam that just ensnared Susan Leipholtz. She paid an online “merchant” $129 through PayPal and received absolutely nothing in return. But getting blindsided by the internet thief wasn’t nearly as shocking as what happened next. That’s when Capital One sided with the scammer in her credit card dispute.

Now a shell-shocked Susan is asking us to retrieve the money stolen from her in this online shopping scam.

But can we do it?

Shopping online for an air fryer — but finding a scam instead

This scam began as Susan was trying to find ways to eat healthier. She had heard good things about air fryers which provide the tastiness of fried food without using oil. The product sounded like a great idea.

“So I started shopping for an air fryer online, but I seem to have found a scam instead,” Susan lamented.

In her virtual shopping excursion for the Ninja Digital Air Fryer, Susan had definitely made a mistake. Having browsed a variety of sites, she zeroed in on the merchant with the lowest price.

“I paid $129 to this merchant and I used Paypal,” Susan explained. “I paid for it with my Capital One credit card.”

After hitting “purchase,” Susan received a confirmation and assumed that the transaction was successful.

Little did she know, the transaction was very successful — but not for her. An anonymous scammer was the beneficiary.

It wouldn’t be long before some unsettling alerts arrived about her new online purchase.

Just days after Susan placed her order, she received a confirmation of delivery. Surprised by the swift delivery, she excitedly walked to her front door to gather her package and maybe whip up a tasty lunch. There she was somewhat alarmed to see no package, no Ninja Air Fryer — nothing.

“I sent an email to the merchant and PayPal,” Susan recalled. “I definitely didn’t receive my air fryer.”

A few minutes after asking the merchant for additional information about the delivery, Susan received another unsettling piece of information.

“The merchant’s email account was deactivated and no longer valid,” Susan reported. “I started getting an awful feeling.”

That bad feeling was about to escalate into an even greater frustration when PayPal responded.

“PayPal told me that they would not be able to help me since I received the product,” Susan recalled. “It was like no one was listening to the actual details of my case.”

Unfortunately, Susan experienced what many PayPal users have experienced during the pandemic — customer service representatives who may or may not be human.

But Susan wasn’t about to give up so easily.

Filing a dispute with Capital One about this online shopping scam

As I pointed out in my article about how to use credit card disputes in the right way, the Fair Credit Billing Act allows consumers to file chargebacks in cases of billing errors and fraud.

Susan knew she qualified for a successful credit card dispute as a victim of fraud. After all, this fake merchant had sold her a nonexistent air fryer for $129. She filed the chargeback and assumed that Capital One would do the rest for her.

This brazen scammer actually fought the credit card dispute. He provided the invoice and a delivery confirmation number from the United States Postal Service to Capital One.

Case closed, according to Capital One. It quickly resolved the credit card dispute in favor of the scammer.

Now what? Susan thought of one last possibility — asking our advocacy team for help.

Asking our advocacy team to investigate the truth about this transaction

“I couldn’t believe it,” Susan lamented when contacting our advocacy team. “You’re my last hope.”

By the time Susan reached out to our advocacy team for help, she had been fighting PayPal and Capital One for several months. She felt particularly upset because she thought that both companies provided substantial protection against scammers.

When I reviewed Susan’s paper trail, her tenacity and investigative skills amazed me. She had done so much on her own behalf. Her own evidence made it clear that she was absolutely a victim of an online shopping scam.

We have a very helpful executive at PayPal, and so I thought we could quickly correct this situation.

But in this case, I was wrong.

PayPal: This “merchant provided information to support this transaction.”

Our PayPal contact declined the case. She told me that it was now in the hands of Capital One.

Ok, with that door closed, it was time to see if Capital One could help. We needed to find out why Susan lost this credit card dispute despite the clear evidence that she was a victim of an online shopping scam.

So I turned my sights on Capital One, which had sent this denial of the credit card dispute. And even though it’s been quite a while since our last case involving Capital One. I hoped their team could help.

But this information that I read in the paper trail proved beyond a doubt that this merchant was fake.

We have a PayPal/Capital One customer here who has been scammed. Susan Leipholtz purchased an air fryer for $129 from a merchant paying for it using PayPal (funded through her Capital One card). The “merchant” appears to be in China but somehow pretended to ship the item through the USPS in just a few days. This “merchant” provided a shipping number to PayPal when Ms. Leipholtz complained that she never received the item.

This is most definitely a scam — all email addresses associated with this seller have now been disabled. I’m including the relevant screenshots under my signature to support Ms. Leipholtz’s fraud complaint — including the explanation from Capital One about why it rejected her chargeback dispute. It appears that Capital One relied on the fake shipping number to find in favor of this fake merchant.

Could you see if your team can have a close look at this case and help get Ms. Leipholtz’s $129 back for her? Thank you! 😊 (Michelle to Capital One)

I included a statement from the US Postal Service that confirmed that the tracking number this scammer provided to PayPal and Capital One wasn’t connected to Susan’s address. (By the way, this information is not hard to confirm. The USPS has a tracker confirmation tool that can let you know when and where a package was delivered. Other shipping services such as UPS and FedEx have the same type of tools.)

The really good news! A reversal of the credit card dispute from Capital One

After I contacted Capital One, their team took a second look at Susan’s case and its evidence. I soon received a phone call from their team.

The upshot? Capital One now found the credit card dispute in favor of Susan, and she received her refund.

The official statement from Capital One is as follows:

Discovering that you’ve been a victim of fraud can be alarming and frustrating. We urge our customers to be careful about offers that appear to be too good to be true and research the company offering the suspicious promotion to see what other customers have to say.

In cases where a customer feels they have been defrauded by a merchant or that the goods they received were not as promised, we always encourage customers to reach out to us directly so we can initiate a dispute on their behalf. (Capital One official statement)

And although this is sound advice, the fact is that the deal offered in this online scam wasn’t even a great bargain. 🙁

But Susan has learned a lesson, and the lowest price will most certainly not be her most important criterion in future online shopping trips!

How to spot and avoid an online shopping scam

There are literally millions of online shopping sites available today – and nearly as many scam opportunities. Fake merchants (just like fake Vrbo owners) easily set their trap, quickly take advantage of a victim, and just as swiftly vanish — only to begin again at a different online location. So it’s up to the consumer to protect themselves and do the research before setting off on a retail excursion. Here are some tips to help you increase your ability to spot and avoid an online shopping scam.

Before you go: Here’s a different type of shopping scam — the kind that happens at Walmart.