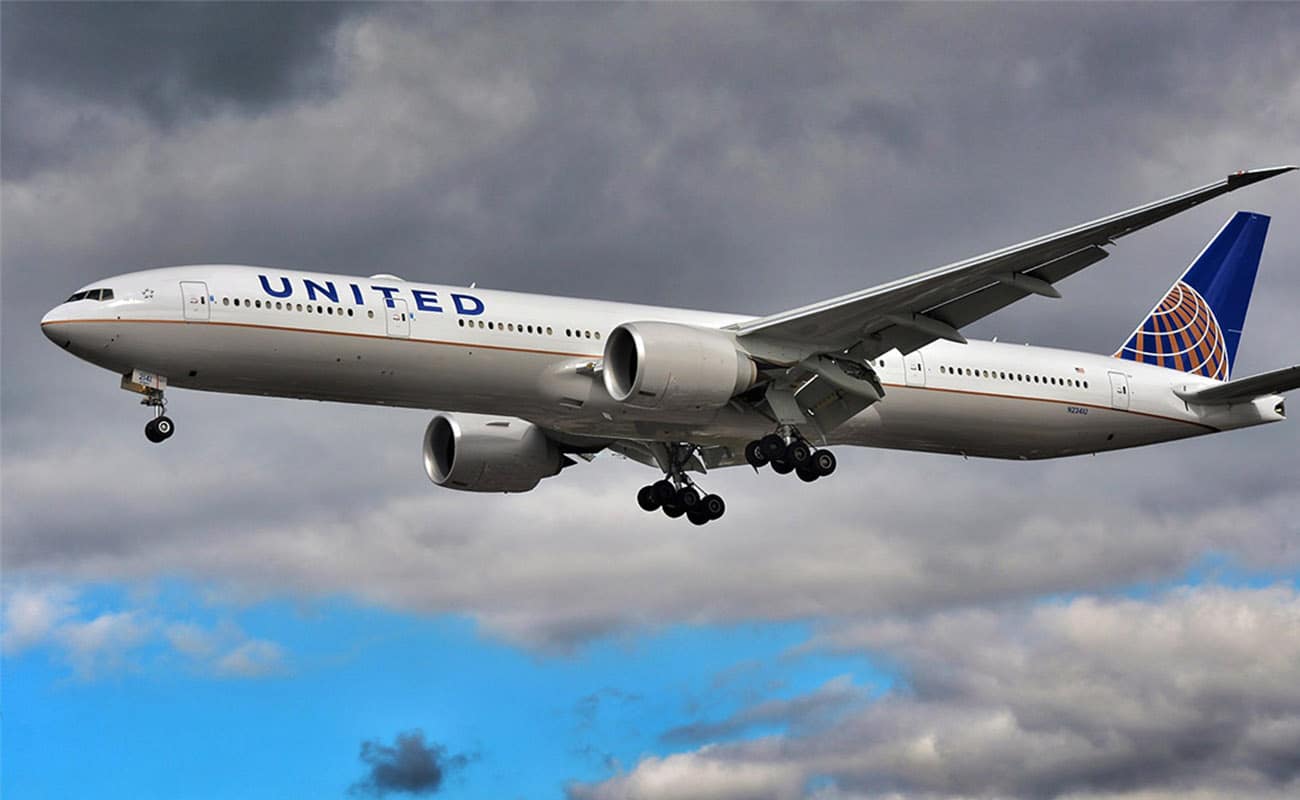 It’s not likely that any airline would refund a business class upgrade after a passenger completes the trip. But that’s precisely what Juli Talec says an employee of United Airlines promised to do before her recent upgrade.

Juli insists that she never intended to pay to boost her seat into the elite section of the aircraft. So why did she sign a credit card receipt for the business class upgrade at the United Airlines check-in counter?

Juli’s strange tale underscores just how important it is for travelers to familiarize themselves with basic airline protocol. You can’t enjoy a business class upgrade on United Airlines or any other carrier and expect a refund later. Unfortunately, this passenger learned that lesson just a little too late.

In June, Juli had scheduled a trip to Croatia on United Airlines. She would first fly from Chicago to Amsterdam and then on to Zagreb. She had redeemed miles for her economy class ticket.

Sometime before the flight, Juli contacted United Airlines to ask about a possible upgrade to business class.

“I used the chat feature, and I asked the United Airlines agent if I could upgrade using miles,” Juli recalled. “At that time, the agent quoted me 36,000 miles to move up to business class.”

In the chat transcript, the nameless agent asks if United Airlines should process the upgrade to business class.

“I couldn’t decide at that moment,” Juli remembered. “So I asked if I could decide at check-in.”

The chat agent confirmed that Juli could make a decision later.

“No problem,” the United Airlines chat agent responded. “You can change your flight at the airport at the check-in counter!”

Unfortunately, the chat agent left out an essential detail about upgrade awards that Juli didn’t know but would soon find out.

Upgrade awards are never guaranteed and always subject to (limited) availability — and that availability can change in the blink of an eye.

United Airlines: “It’s not possible to upgrade your seat with miles.”

By the time Juli reached the check-in counter, she had made her decision. She had determined that spending the 36,000 United Airlines miles to upgrade her seat to business class was acceptable.

“It’s less frightening to fly in the business class cabin,” she explained. “So I was willing to spend the miles for the upgrade.”

But when she informed the check-in agent of her decision, she received an unexpected response.

This part is where the story gets murky. Juli says that the United Airlines agent told her that she didn’t have enough miles to upgrade.

“I thought maybe it was because of a computer glitch,” Juli reported. “But she said there were no miles available to upgrade me.”

Looking at the clock, Juli was becoming concerned that the departure time was nearing. She asked the agent what she could do to straighten out the problem.

“I wanted to fly business because it’s less scary that way, and I had anxiety about the flight,” Juli explained. “I asked her what we could do.”

The agent did have another way that Juli could fly in business class: she could pay for it.

Pay $1,000 to upgrade your seat to business class.

The agent then said that I could pay $999 for the upgrade. Later, if I really had the miles I claimed to have, she said I could contact customer care. She told me customer care would refund my credit card and use my mileage balance to pay for the upgrade instead.

Although Juli admits the scheme sounded unusual, she agreed to pay $999 for the upgraded seat. She handed the United Airlines agent her credit card and signed the receipt.

Soon, Juli snuggled into her luxurious upgraded seat that converted to a bed for the overnight flight to Amsterdam. It was a true upgrade from the economy class seat she had been previously assigned.

Juli was pleased with the bargain upgrade, which she believed, in the end, would cost her just 36,000 miles.

It would be weeks before Juli would find out the truth about the cost of the business class upgrade: United Airlines had no intention of refunding the $999.

Fact: Business class upgrades are not refundable after the flight

When Juli submitted her request for the refund of her $999 payment, it was swiftly rejected. United Airlines made it very clear: Business class upgrades are not refundable.

That fact is especially true after a passenger takes the flight and enjoys all of the perks that come with the upgrade.

But surprisingly, Juli is not the first consumer to contact our team asking for help securing a refund for a used flight upgrade. Regular readers may recall a similar case I reported on last year. Steven Schmidt thought he had bid just $400 for two round-trip business class upgrades to Europe. He was unhappy when he learned the true cost of the upgrades — after he completed his trip. So he asked for a refund. Not surprisingly, Austrian Air also does not refund flight upgrades post-trip.

In Juli’s case, she was quite persistent and continued to escalate her request for a refund. Each step of the way, the answer was the same from United: No refunds for used seat upgrades.

Juli still didn’t give up. She asked the airline to pull airport surveillance to listen to what the agent told her.

I’m afraid your answer isn’t good enough. You seem to think I’m asking for a courtesy refund. I’m asking for United Airlines to give me what it promised — a refund for the upgrade and [pay for it with miles instead].

Ticketing representatives, gate agents, and even the flight attendant when I boarded all said that this ‘happens all of the time and customer service will take care of you.’ The gate agent promised me, ‘if you really have the mileage balance you say you do, you can pay for the upgrade [with miles]. Just call customer service, and they will refund you and use your miles instead. It’s very easy.’

As Juli found out, it isn’t very easy at all — in fact, it’s impossible to get a refund for a completed business class upgrade.

When United Airlines would not investigate her complaint on the scale she hoped for, Juli sent her request for help to our advocacy team.

Fact: This United Airlines award seat is not upgradable

When I read through Juli’s plea for help, it was hard to determine where the confusion began. I noted that she had been flying on a mileage award ticket, and as per the United Airlines upgrade policy, she should not have been able to upgrade her seat with miles or cash.

Toward the end of Juli’s paper trail, United Airlines agreed that the agent had made a mistake — just not the one that Juli believed she made. In fact, United Airlines should have rejected all of Juli’s upgrade requests from the beginning since she was flying on a non-upgradable award ticket.

After a further review on my end, the agent should have never allowed an upgrade since this is an award ticket. Any consideration for an upgrade would have had to have been made with a reservation agent canceling the award travel plan and then [you] purchasing the ticket with a credit card instead.

Still, the airline pointed out it had sold her an upgrade for $999 at her request. And she had flown in the Polaris business class lie-flat seat to Europe — and enjoyed all the amenities that came with that upgrade.

In its final word on the topic, United Airlines offered Juli a goodwill gesture refund of the $200 she had paid for an overweight bag.

Regrettably, we cannot change the upgrade from paid to miles as you’ve already taken the flight.

We have, however, refunded the overweight bag fee. Please allow up to 14 business days for the refund process to complete.

I explained to Juli why there would be no foundation for our team to mediate her case successfully.

“I expect a $999 refund, and United can take the 36,000 miles for the upgrade instead,” she reiterated. “I would never have spent this money on a seven-hour upgrade. It’s not worth it. United Airlines misled me!”

Unfortunately, not all cases that land in our inbox are fixable. This case is one of them. But Juli disagrees. She says she’s only asking United Airlines to give her what it promised.

It’s still unclear why Juli encountered so many United Airlines employees who she believes told her a business class upgrade refund is something that happens all the time. I explained that in all my years as a mediator, I had never heard of a used upgrade being refundable — ever — by any airline.

But she has one last avenue she intends to pursue.

Any airline customer who is convinced that a carrier mishandled their situation can file a complaint with the U.S. Department of Transportation. Airlines are required to respond to passenger complaints filed through the DOT. I offered Juli that information, and she says that she will be filing that complaint because “They can’t be allowed to lie to customers and get away with it!”

Juli says she would never have paid $999 for a seat upgrade — and yet she did. Before you request and accept a business class upgrade, here are a few practical things to consider.

*Before you go: Here’s what happened when a passenger bought tickets to Morocco from United Airlines and got stranded there.