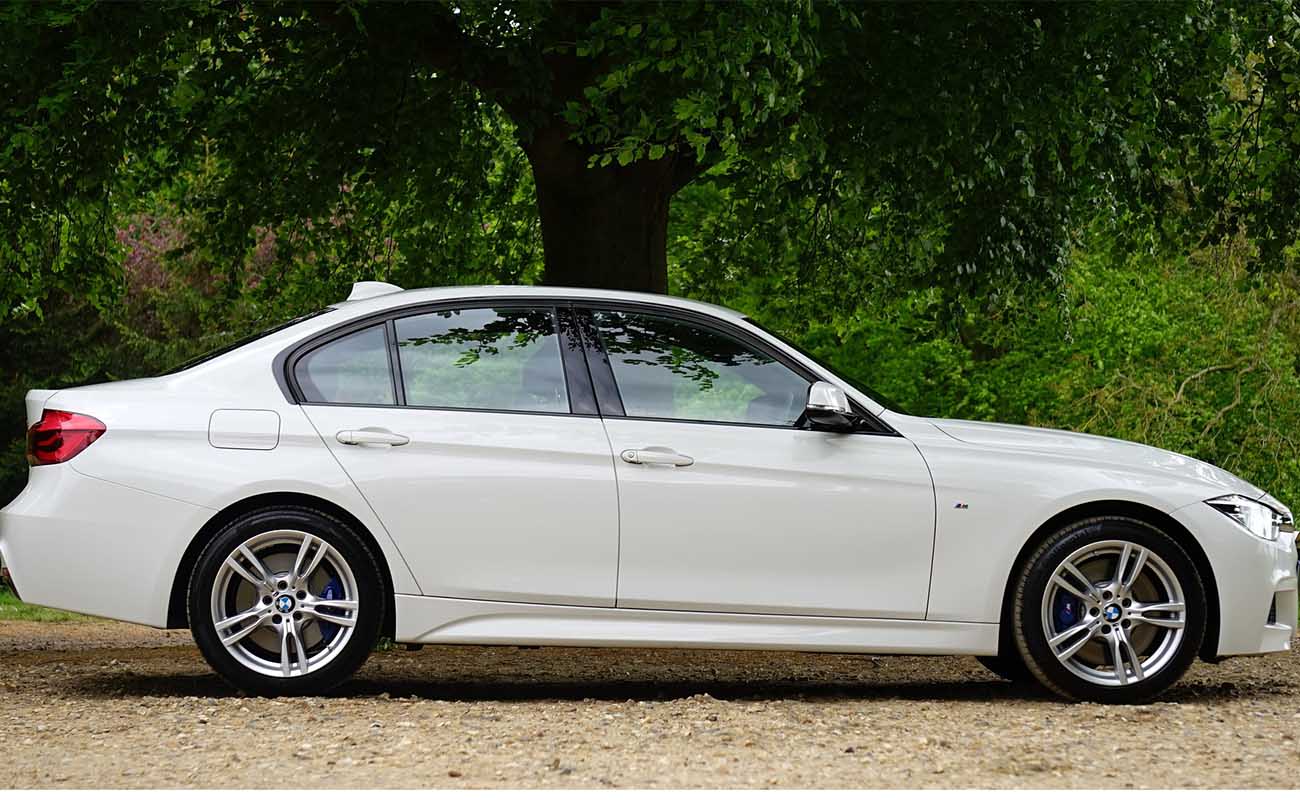 Marvin Payne believes he’s uncovered the most expensive car rental pricing mistake ever, and I think you might agree. Several weeks after returning his most recent vehicle, he got the shock of his life — a $6,000 overcharge.

The problem is, even three months down the road, Payless Car Rental won’t correct or even acknowledge its error.

Now Marvin is hoping that our advocacy team can fix this outrageous pricing mistake.

A quick trip and a one-day car rental

Marvin scheduled a last-minute overnight business trip to Memphis from his home in Dallas. After booking his flights, he checked some one-day rental car rates and found an acceptable deal with Payless.

“The total price of the one-day car rental, with taxes included, was around $100,” Marvin recalled. “Boy, was I in for some sticker shock later!”

On the day he arrived in Memphis, Marvin went to the Payless counter at the airport. He reviewed the rental car contract, picked up the keys and was soon on his way. The next afternoon, when he showed up at the same location, he found no employees available to complete the return.

“There wasn’t anyone at the Payless booth to receive the car — I assumed because of the coronavirus,” Marvin explained. “So I left the vehicle and the keys (along with a full tank of gas) at the drop-off area.”

Marvin then entered the airport, boarded his plane and flew home. He was completely unaware of the virtual door to his credit card he had just left wide open for Payless. In fact, it would be weeks before the precarious nature of returning the rental car to an unattended location would come to light.

A shocking pricing mistake on my car rental bill

Several weeks later, the visit to Memphis was far from Marvin’s mind. That is until he opened his credit card statement.

“When I took a look, I immediately noticed that something was wrong,” Marvin remembered. “The balance was unbelievably high.”

As Marvin scrolled through the monthly charges, his eyes zeroed in on a thoroughly unexpected $6,134 expense from Payless.

He assumed the gargantuan fee was a simple pricing mistake easily correctable by the car rental company.

Marvin picked up the phone and tried to reach someone at Payless who could reverse the massive overcharge. That’s when Marvin discovered that he was wrong — fixing this problem was not going to be simple at all.

And it might even prove impossible to tackle alone.

Throughout November and December, Marvin continued trying to reach someone at Payless who could correct its obvious pricing mistake on his car rental. He repeatedly called and emailed the company.

This is the third email that I’ve sent you about an erroneous charge you placed on my credit card. As you can tell by my consistent contact with you, I’m very concerned. There are more than $6,000 in car rental charges on my credit card that you put there by mistake. This was a one-day car rental!

I recognize that this is the holiday season and that COVID may have impacted your staff; yet, thus far, I’ve not received any correspondence from you as to whether you’ve followed up on this issue.

My patience with this matter has started to wane.

Unfortunately, we’ve seen time and again during the pandemic that customer service is increasingly being outsourced to artificial intelligence instead of humans. This has caused a distinct rise in cases landing in our inbox that appear to have been (mis)handled by computer bots. Many of these cases could have quickly been resolved without our team’s assistance had a real person looked at the facts.

Marvin’s case is a perfect example of this new style of customer service. His pleas for assistance seem only to have landed in an AI-monitored inbox.

Over and over, he received the same non-response.

Thank you for contacting Payless Car Rental of North America.

We have received your inquiry; it is in our queue for review and processing. Your unique ticket reference number is ******. Please allow 24 – 72 hours for a response.

We thank you in advance for your patience while we review the details of your inquiry.

Frustrated beyond measure with Payless’s lack of assistance, Marvin then tried to file a credit card dispute. The inflated rental car bill was causing hefty interest charges to pile up on top of the $6,100. But he was in for yet another disappointment when Citibank inexplicably failed to pursue the credit card dispute.

Admitting that he needed additional assistance, Marvin then decided to ask our advocacy team for help.

Asking our advocacy team for help

When I first read Marvin’s summary, I assumed that the $6,100 charge was likely a damage fee. We receive many requests for help from stunned travelers who receive inflated invoices weeks after returning a rental car. Almost all have to do with charges relating to damages that the car rental company is claiming.

But when I reviewed the entire paper trail, I noted no accusations of damage to the car. In fact, there were very few details about this charge and the state of the “investigation” by Payless. But there was one concerning message that Marvin should return the car as soon as possible if it were still in his possession.

It looked as if Payless was charging Marvin for a month instead of a day and seemed to suggest he might still have the car. Nowhere in the paper trail did the company confirm the return of the vehicle.

Over the years, we’ve had a handful of cases in which travelers failed to receive a receipt for a car rental return and later found themselves accused of never returning it. Some of these consumers have even received frightening notices of the legal fallout of not returning a rental car.

These cases can be tough to mediate if the car rental company has indeed lost track of the vehicle and the consumer has no proof of return.

I asked Marvin for his boarding pass and any other information that he might have to prove he returned the car as scheduled. He soon sent me a variety of documentation that supported his trip back home after just one day.

“I already sent all of this to Payless,” Marvin explained. “It doesn’t seem that any real person is looking at the facts.”

I agreed. It was time to reach out to our human contact at Avis, the parent company of Payless, to see what had gone wrong here.

The good news: Here’s your refund with interest!

How are you? Would you be able to have your team take a look at this case? Marvin Marvin had a one-day car rental (9/18-9/19). He returned it without getting a receipt. Instead of a one-day rental, Payless charged him for a one-month rental. He has a paper trail that indicates that Payless will investigate the billing error, but as of now, it still hasn’t been fixed. He has an outstanding balance on his credit card for $6,194.

Could you see if we can get this cleared up for Marvin? Thank you! 😊

And within 24 hours, the Payless team (real people) discovered the problem that had caused the pricing mistake on Marvin’s car rental bill.

In looking at the trace, the car this customer was in, it seems like it may have been put on a double movement on 10/18 and wrong RA closed on 10/19, leaving this RA on open movement then closed out wrong remotely.

Now if you think I know what all that gobbledygook means, you’re wrong. But the end result is what’s important here.

Payless then reversed the $6,014 overcharge.

Yet that didn’t make Marvin whole. For three months, he had been accruing high interest on that six grand. So I went back to Avis with one more request.

Payless then reversed the $6,014 overcharge. But Marvin wasn’t yet made whole. For three months, he had been accruing high interest on that six grand.

Thanks to you and your team for investigating and correcting this issue for Marvin. This morning, he informed me that he incurred $156 in interest charges on his Citibank card over the three months this $6,000 was sitting on his credit card. Citibank is making an official report on the interest, which they said they would be sending it over within 72 hours. It seems fair that Payless would pay this interest as well since this was not the customer’s fault in any way. Can you see about getting this interest charged covered as well? Thank you! 😊

And the answer was “yes” to the reversal of the interest charges as well. Now Marvin has been made entirely whole, and he is happy to put this fiasco in the rearview mirror.

This is good news indeed. Thank you and your organization for your efforts to get this matter corrected. Further, please give my thanks to the contact at Avis. While I am disappointed with how this transaction took place and how it has been handled for basically three months, I am happy and grateful to put this experience behind me.

How to protect yourself against rental car pricing mistakes

No one likes to find unexpected charges on their rental invoice at the end of a trip — especially not a $6,000 overcharge. Here are some things to remember to protect yourself against rental car pricing mistakes.

*Before you go: Bookmark Consumer Rescue’s ultimate car rental guide to find out everything you need to know about renting a vehicle.