Skip to content
Home >> Travel Troubles >> If Air Canada sent you an extra $4,282 refund, would you keep it? 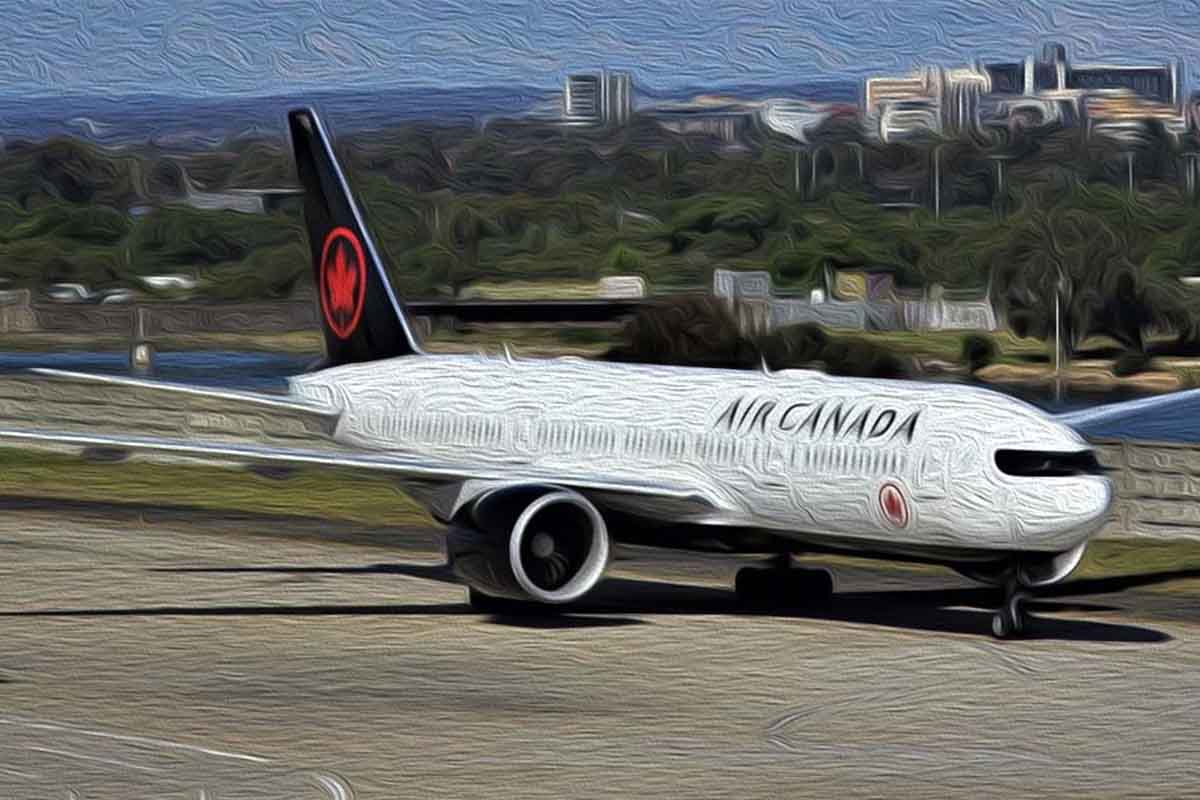 Scoring an Air Canada refund during the pandemic was nearly impossible. Which makes this story particularly improbable. But it’s true.

Renette Frank was one of the lucky ones who actually received her Air Canada refund early last year. So imagine her surprise when the airline sent her an extra refund of $4,282. Even more surprising: When she tried to return the money, the airline made that impossible, too.

This case is from our “Weird and Silly” files. Readers often ask why company mistakes never lean in favor of the customer. But the truth is, we do receive these types of cases from time to time. And, unbelievably, these consumers hit the same frustrating hurdles we see in our standard cases. Here Air Canada made a mistake and sent Renette a refund that it had already given her. So why did the airline make it so difficult to return the cash?

Going on a Disney Alaskan cruise — or not…

Before the pandemic, Renette had planned to take her family on a Disney cruise to Alaska.

Unfortunately, soon after she booked her trip, the coronavirus hit the world hard. Cruises were quickly identified as superspreaders of the virus. On March 14, 2020, the entire industry ground to a halt. Initially, it was thought that the shutdown would last for about 30 days. In reality, it would be almost 15 months before another cruise ship would set sail.

But at that time and into early summer, Renette held out hope that they would be able to take the much-anticipated Disney cruise.

“Due to my age, that cruise was to be my traveling swan song,” Renette told me. “It was going to be a great adventure for all of us!”

Of course, the pandemic completely ruined Renette’s traveling swan song. By July, Disney had canceled the cruise, and there was no anticipated date for a replacement trip.

A refund from Air Canada for the canceled flight

Unlike many travelers who panicked at the beginning of the pandemic and preemptively canceled cruise plans, Renette waited it out. As a result, when the coronavirus forced Disney to cancel her family’s trip, the cruise line owed her a full refund. Which it quickly paid.

Disney was wonderful. We got our money back immediately. But Air Canada refused to give me a refund even though it had canceled my flight. They wanted me to take vouchers. I didn’t want an Air Canada flight credit, and I knew I was entitled to my money back. But they made me fight for it.

And fight she did.

First, Renette escalated her refund request up the corporate ladder at Air Canada. Next, she filed a complaint with the Department of Transportation. She also sent a note to the Canadian ambassador in her hometown of Chicago.

“I don’t know what finally did it, but Air Canada eventually issued me a refund for my canceled flight,” Frank recalled. “They refunded $5,352 — the total cost of all the tickets.”

Having received a full refund for both the cruise and the flights of the canceled trip, Renette considered the matter concluded.

That is until nearly six months later.

Surprise! Here’s another Air Canada refund for you!

Last September, Renette was scrolling through her credit card statement. Suddenly, her eyes were drawn to an unexpected charge of $4,282 from Air Canada.

But upon closer inspection, she realized that the “charge” wasn’t a charge at all. It was a credit — another refund from Air Canada. Renette immediately picked up the phone.

I wanted to let Air Canada know about its mistake — that I had already received my refund. I wasn’t even sure where this figure came from. Our tickets were over $5,000. But I just wanted the airline to take it back. However, the recorded message said the wait time was nearly two hours.

Renette hung up the phone. Sure, she wanted to return the cash. But she didn’t intend to wait two hours just to help the airline correct its own mistake.

Next, Renette tried to email Air Canada and let them know where they could find their misdirected money. But that turned out to be impossible as well.

Air Canada had set up a system that made it virtually impossible for Renette to easily reach anyone within the company.

“All I wanted to do was do the right thing and return the money to Air Canada,” Renette recalled. “I was getting so frustrated.”

Several days later and still getting nowhere fast with the airline, Renette turned her attention to her credit card company, Citi. Certainly, the company should be able to send the extra refund back to Air Canada, she thought.

“I called Citi, and I explained the situation,” Renette explained. “The agents acted as if they had never encountered such a request before.”

Renette says she was transferred to various departments within the credit card company. Eventually, a supervisor informed her that it wasn’t possible to refund the money to Air Canada.

He [the Citi supervisor] told me that they have no mechanism to return unwanted credit. The agent said I should contact Air Canada and ask them to take it back.

So after several wasted hours trying to correct Air Canada’s mistake, Renette found herself right back where she began. She gave up and decided to leave the situation be for the time-being.

Several weeks later, when the credit still remained on Renette’s Citi card, she thought of one other way that she might be able to resolve this bizarre problem. She decided to submit her request for help to our advocacy team.

Making an unusual request to our advocacy team

When I received Renette’s email late one evening, I assumed she was asking for help to retrieve a missing Air Canada refund. Since early on in the pandemic, we had received a steady stream of those requests. Our advocacy files were filled with evidence that Air Canada had blatantly ignored the Department of Transportation’s enforcement order of April 3, 2020.

In that notification, the DOT made it clear that airline carriers operating into or out of the United States must provide cash refunds in the case of an airline-initiated flight cancellation. Before that point, other airlines had also been ignoring the DOT’s refund rules and were automatically sticking passengers with vouchers instead of refunds.

For the most part, that bad behavior ended after the enforcement notice.

But Air Canada appeared undeterred by the DOT’s warning and continued to violate the refund regulations.

Then it was finally time for Air Canada to pay the piper.

In July 2021, the DOT filed a notice that it sought to fine Air Canada over $25 million for its violations. In that document, the DOT noted that it had received approximately 6,000 complaints concerning Air Canada “delaying” refunds.

Last November,  Air Canada agreed to pay $4.5 million to the US Department of Transportation for these violations.

That was good news for the long list of passengers waiting for their refunds from Air Canada.

Why is Air Canada making this so hard, too?

But Renette had had the opposite experience with the airline. Not only had she received the refund Air Canada owed her, but she had received an additional $4,282.

I don’t even know where Air Canada got that figure. It’s a random number. It isn’t what I paid for the tickets. But I’m very frustrated. I just want to do the right thing and give back this money. It’s not mine. But I shouldn’t have to work so hard to do the right thing. Can you help me?

Reading through Renette’s paper trail, I saw striking similarities between her struggle and those of the passengers on the opposite side of the refund issue.

Air Canada makes it extremely difficult for its customers to reach any real person within the company. That’s true, regardless of the reason customers are trying to contact the airline.

But we do have a real person at Air Canada who is easy to reach. So I knew that I could quickly put an end to Renette’s struggle. I was confident that our friends at Air Canada would want to know about this $4,282 refund sent in error.

No surprise: Air Canada would like its money back

I have a very unusual case to give to you today. This passenger, Renette Frank, says Air Canada refunded her $4,282 in error!! Citibank isn’t helping her to return the money, so she’s asking us to help facilitate.

Just as I suspected, I heard back from our contact quite quickly. Air Canada, of course, was happy to retrieve the money from Renette’s account.

Thanks so much, we will look into it and make sure we send thanks to the customer for bringing this to our attention.

And soon, the giant credit was removed from Renette’s Citi account.

Renette is delighted to be able to put this bizarre situation to rest. And, I guess Air Canada can put the $4,282 refund toward that $4.5 million DOT fine! 😜

4 steps to get your Air Canada refund now

If Air Canada issued you a flight credit instead of a cash refund for a canceled flight during the pandemic, it’s not too late to fix that “mistake.” By fining Air Canada, the Department of Transportation made it clear that the airline’s actions were wrong; passengers should not bear the airline’s financial problems brought on by the pandemic.

Here’s how to get a refund from Air Canada.

And, of course, anytime you need some moral support or guidance, the Consumer Rescue team is always here to help.  (Michelle Couch-Friedman, Consumer Rescue)

*Before you go: Here’s what happened when Air Canada made another mistake; this one ended with the detainment of one of its passengers for two weeks in South Korea.