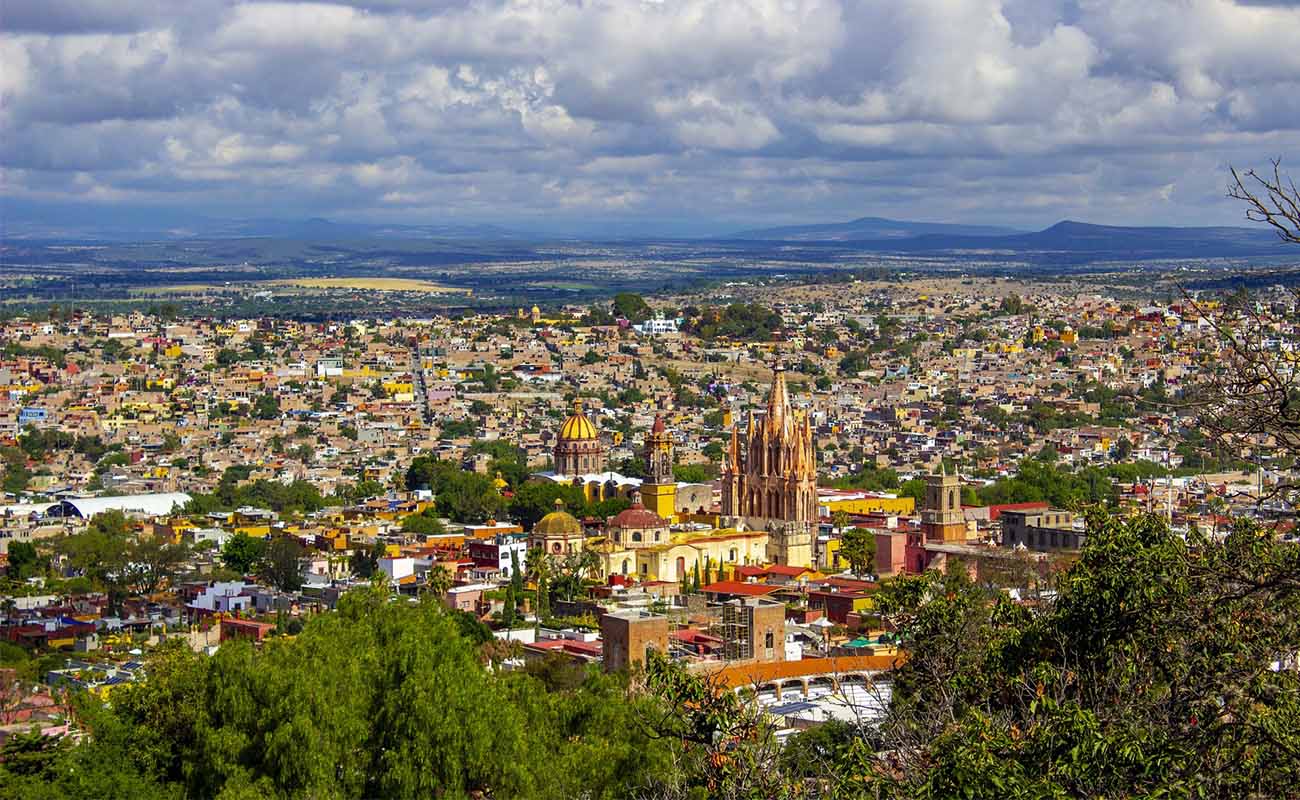 What’s the worst nightmare that could happen if you land in Mexico with expired travel documents? Kush Kanna’s wife recently found out in a most unpleasant way. She thought she was heading for a relaxing tropical vacation in Costa Rica with her family. Instead, she ended up detained in Mexico after authorities rejected her expired green card and Indian passport.

Now Kush wants to know who will pay for this awful travel nightmare.

If you’re about to travel internationally, take heed. Customs and immigration agents abroad will not overlook expiration dates on your travel documents, so you shouldn’t either.

A family vacation suddenly turns into a travel nightmare

Kush’s travel nightmare began after he and his wife and three adult children planned a vacation to Costa Rica. They booked flights on Aeromexico, flying from San Francisco to Mexico City then on to San José.

On the day their vacation was set to begin, the family went to the airport to check-in for their flight. Kush says that’s where he began to see deviations from the normal check-in process.

“The worker handed us our boarding passes,” Kush recalled. “However, we noticed the staff filling out some form under my wife’s name. [They seemed to be] noting down her information and discussing among themselves. But no one ever said anything to us.”

Kush’s wife of 23 years was traveling with her green card and an Indian passport. The rest of the family was traveling on U.S. passports.

At the gate, Kush says there were more anomalies.

“An Aeromexico employee asked to take my wife’s passport and he made her board the plane first,” Kush explained. “He said she would get the passport when she lands in Mexico. We asked [about] these special procedures and there was no answer from any staff member.”

It turns out Kush should have been more persistent in getting an answer to his question.

If you have an expired green card, you can be detained in Mexico

The family’s vacation suddenly took a terrible turn once they landed in Mexico. Kush’s wife was asked to stay on the aircraft until all other passengers exited. Then Aeromexico staff escorted the family to the immigration area.

“They looked through her passport and showed us that her green card is expired,” Kush remembered. “They said she would have to return to San Francisco.”

But first, the immigration officers would be taking Kush’s wife into custody.

I explained to the Aeromexico staff that we made a mistake with the expiration date on her green card. But it shouldn’t be their problem since we were on our way to Costa Rica. I told them we would fix the green card issue there. Since we didn’t intend to leave the terminal in Mexico, it shouldn’t be a problem.

But no amount of reasoning would sway the border agents, whom Kush misidentified as Aeromexico employees. The officers led his wife away and sent the rest of the family into the general area of the terminal.

A visit to the U.S. embassy in Mexico

Kush had hoped that there would be a simple way to get valid travel documents for his wife. After all, she also had her current Indian passport. But the Mexican immigration officers seemed to disregard that information.

I was frantic. I could not communicate with my wife as they had taken her phone and purse from her. She was crying continuously inside a guarded room like a prisoner who committed a deadly crime.

Not knowing what else to do, Kush sent his children to Costa Rica on their connecting flight as scheduled. He assumed that he and his wife would join them as soon as he was able to find out how to get her travel documents updated.

Kush then took an unexpected journey into Mexico City to visit the U.S. embassy. He felt sure the staff there could fix his wife’s expired green card. And he hoped this travel nightmare would just become a terrible memory.

Kush explained to an embassy officer the shocking details of his wife’s current situation. And then, he says the agent gave him some strange guidance.

“He told me that this could all be resolved by [my wife and me] filling out some forms. Then she would be issued an official ‘Travel Document’ and she could continue our trip.” Kush reported. “And he told me that airport authorities could not legally detain my wife.”

Based on this conversation, Kush went back to the airport and told anyone who would listen that they were not allowed to detain his wife. Not surprisingly, his misinformation was quickly corrected at the airport: border patrol agents legally can and do detain travelers who arrive in the country without valid travel documents.

And the officers in Mexico had no intention of allowing Kush’s wife to leave the airport to go to the embassy.

Unfortunately, for the Kushs, they would not be joining their children in Costa Rica at all.

The Mexican authorities explained that neither an expired green card nor an Indian passport is a valid document to enter Mexico.

After 14-hours of detention, Kush’s wife was escorted to a return flight to San Francisco on Aeromexico. Kush joined her and they flew back home together.

But Kush was convinced his wife had been wronged and that Aeromexico was responsible for her travel nightmare. So he wrote a lengthy letter to the airline demanding an apology and a refund for the entire family’s airfare (children included).

Had he read my article about self advocacy and how to get excellent customer service, he might have taken a different approach.

As a result, Kush’s complaint was long and accusatory and contained confusing statements that didn’t support his case. He appeared to be under the impression that Aeromexico employees had detained his wife.

Not surprisingly, Aeromexico didn’t grant his apology or his refund of the five airfares.

Who will provide a refund for this travel nightmare?

When I read through Kush’s complaint, of course, I felt terrible about the family’s travel nightmare. They should have been enjoying the beaches of Costa Rica by noon that day. Instead, Kush’s wife was sitting alone — detained by Mexican authorities.

But I knew that he didn’t have a case I could successfully resolve.

First, as our regular readers know, it is always the traveler’s responsibility to know and possess their own necessary travel documents. Airlines do not provide this information to travelers. It’s critical that consumers realize this fact.

If you are relying on an airline to let you know what you need for travel, you could be in for an awful (and expensive) surprise. Just like these travelers:

But when I looked at the facts of this case, I realized that something much worse could have resulted from Kush’s wife leaving the country with an expired green card. Something I don’t think the couple even considered.

Fact: No one should travel internationally with an expired green card!

Traveling internationally with an expired green card can have terrible consequences for the cardholder. In fact, legal residents can be denied reentry if their green card is expired when they show up at U.S. Customs and Immigration.

What documents do I need to present to reenter the United States?

If seeking to enter the United States after temporary travel abroad, you will need to present a valid, unexpired “Green Card” (Form I-551, Permanent Resident Card). When arriving at a port of entry, a U.S. Customs and Border Protection Officer will review your permanent resident card and any other identity documents you present, such as a passport, foreign national I.D. card or U.S. Driver’s License, and determine if you can enter the United States. For information pertaining to entry into the United States, see U.S. Customs and Border Protection’s webpage.

Green card holders should always apply for a renewal of their status well in advance of the expiration date of their card. The U.S. Citizenship and Immigration Service (USCIS) recommends that Green Card holders begin the renewal process at least six months before the card’s expiration.

USCIS cautions Green Card holders not to leave the country with an expired card. However, as the embassy officer alluded to, should emergency international travel become a necessity, there is an answer. Unfortunately, for Kush, the application for the emergency Travel Document must be completed prior to leaving the United States. And, it’s unlikely that the USCIS would consider a vacation to Costa Rica an emergency.

In this case, when Kush and his wife returned to the United States with the expired green card, the immigration officer simply cautioned the couple to renew it. But things could certainly have gone differently depending on the agent at the window.

I explained to Kush why we could not successfully resolve this situation. I also pointed out that immigration and customs agents around the world protect their country’s borders. They are permitted to detain passengers who arrive with inadequate or expired travel documents.

However, I wondered why his wife’s Indian passport was not a document that she could have used to travel. So I did a little research — something Kush and his wife should have done before their trip.

It turns out Indian passport holders need a visa to enter Mexico and to enter Costa Rica. And because her green card had expired, the Mexican authorities viewed Kush’s wife as an Indian citizen.

Costa Rica requires that a traveler’s green card “Must be valid for six months.”  Alternatively, Kush’s wife would have needed to apply for a visa to enter Costa Rica using only her Indian passport.

Unfortunately, she did not hold a valid entry document for either country on her itinerary. In fact, by leaving the U.S. with the expired green card, she didn’t even have a valid document to return home.

I broke the news to Kush.

Unfortunately, this is one of those cases without a happy ending, but with a hard lesson learned by this family. They lost out on a much-anticipated trip because they didn’t review their travel documents before their trip. Had they done so, they could have entirely avoided this travel nightmare.

How to avoid getting detained abroad with an expired travel document