Skip to content
Home >> Travel Troubles >> What does United Airlines owe you during a flight delay? (Hint: not $10,000) 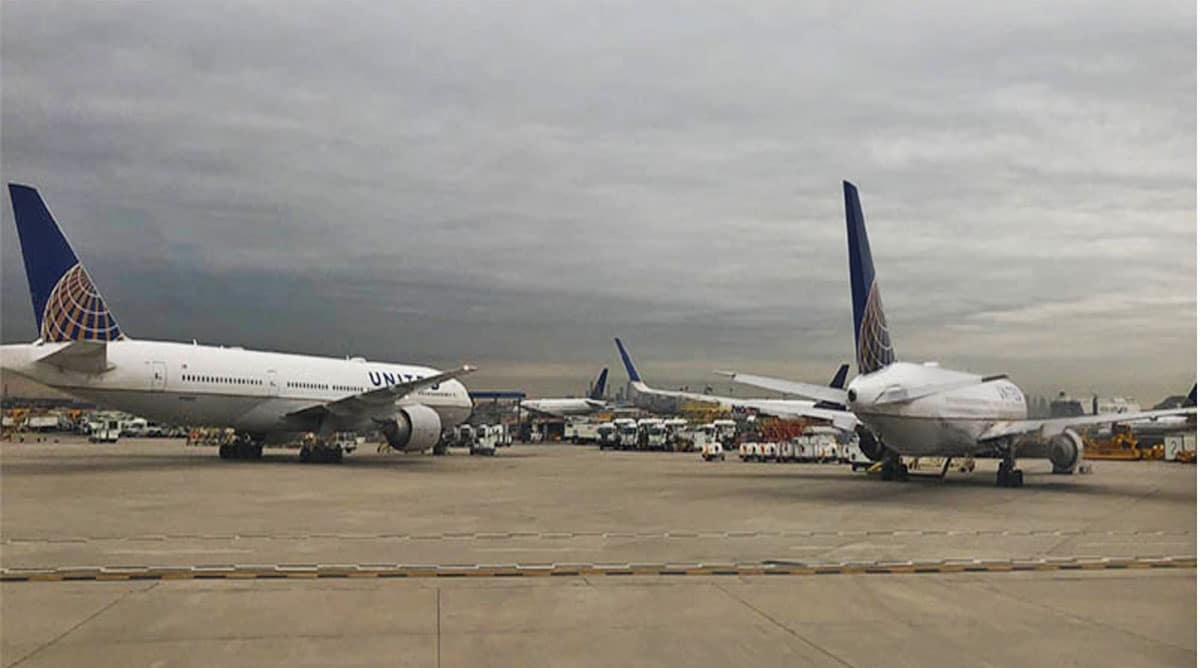 But does United Airlines owe him anything at all?

If you’ve ever wondered what you can and can’t expect in compensation after an extended flight delay, then this article is for you.

A flight delay and asking United Airlines for $10,000 in compensation

Joseph was on his way to Hawaii to celebrate his parents’ 20th wedding anniversary when his troubles began. When he arrived at the airport, he received an alert: The aircraft scheduled to transport him from Chicago to Honolulu was having “engine issues.”

“We were strung along all day by United from the original flight departure time of 10 a.m.,” Joseph lamented. “We didn’t finally take off until close to 2 a.m. — a 16-hour flight delay. This delay caused considerable challenges as the rest of our family left around 10 a.m. on another flight.”

Once Joseph finally made it to Hawaii, he began to wonder what United Airlines owed him for his inconvenience. After all, he reasoned, the lengthy flight delay caused him to miss one night of his vacation. It also forced him to cancel a planned tour of Pearl Harbor.

So Joseph set out to apply for the flight delay compensation for which he assumed he qualified. He composed his request and sent it off to United Airlines.

His aggravation about the flight delay only intensified when he received a response from customer service. The representative offered him a choice of compensation for his trouble: $250 in travel vouchers or 10,000 miles.

“I wrote back and shared the true impact this flight delay had on our vacation plans,” Joseph recalled. “United Airlines reconsidered and then offered me $450 in vouchers or 20,000 miles.”

Joseph then made one giant leap into the flight delay compensation stratosphere in his counter suggestion. He asked for a $10,000 future travel credit with United Airlines.

The Department of Transportation has the official answer

Next, Joseph‘s complaint landed on my desk. He explained his reasoning for that extra-large flight delay compensation request.

“I asked for the $10,000 travel voucher given the excess delay and inconvenience to my entire family,” Joseph told me. “A day loss was huge given the investment we made in this vacation. We would love your expertise and thoughts on the latest offer.”

Joseph‘s question is not unusual. Our advocacy team typically fields several of these “How much am I owed for my flight delay?” requests every day. And every time, we must break the same bad news about the state of required flight delay compensation in the U.S.

As disheartening as it may be, the answer is: If you’re flying domestically, the airline likely owes you nothing.

The Department of Transportation outlines what you can expect in flight delay compensation in the United States:

The Department of Transportation: “There are no federal laws requiring airlines to provide passengers with money or other compensation when their flights are delayed.”

The bottom line is that it’s really up to your airline as to what it will offer you during a flight delay. Unlike in Europe, where passengers enjoy protections against cancellations and delays, domestic fliers in the United States aren’t so lucky.

To find out how your preferred airline chooses to handle delays, check its contract of carriage. While many airlines indicate that hotel vouchers may be provided for an overnight delay or cancellation, these aren’t guaranteed.

And if the delay is due to the weather or the somewhat dubious “extenuating circumstances,” the airlines are much less likely to provide anything.

But no airline in the United States has spontaneously adopted a policy that offers cash compensation for flight delays.

What are your options during a flight delay in the United States?

It comes down to this: During an extended flight delay on a domestic flight in the United States, a passenger has two choices:

Often passengers contact us after choosing this second option and ask if the original airline should pay for the new flight.

The answer is no.

There are no regulations that compel an airline to pay for your new flight on another airline after a delay or cancellation. So keep that in mind when making alternative flight arrangements. The airline will only reimburse you for the cost of the original flight — not the replacement one.

But what about European delays?

Travelers in Europe are afforded a wide array of protections we don’t enjoy here in the United States.

Articles 6 and 7 of EC 261 explain the specific formula for passenger flight delay compensation.

If you are traveling on a European airline from the United States or within the European Union, EC 261 applies.

It’s important to note that if you are flying to Europe on a non-EU carrier, EC 261 does not apply. However, on your return flight, your journey on that same carrier is protected by the regulation.

In addition to flight delay compensation awards, EC 261 also has provisions for food and lodging for affected passengers. So if you have an upcoming flight to, from or within Europe, it’s wise to familiarize yourself with EC 261 before takeoff.

How to increase your chances of receiving flight delay compensation

When you’re stuck in a flight delay situation, it’s easy to forget that you aren’t alone. But hundreds of others are likely suffering through the same discomfort — at the same time. Keeping that basic fact in mind can help you keep things in perspective, which is important when asking for flight delay compensation.

The number one thing you can do to increase your chances of receiving any flight delay compensation is to understand your rights. You might want $10,000 for your inconvenience, but what does the airline actually owe you? Understanding your rights versus your wants will help you to adjust your compensation request and increase the chance of a favorable outcome.

Our advocacy team knows from experience that often consumers who approach a company with an outrageous or unreasonable request receive a quick rejection (See: This United Airlines business class upgrade wasn’t worth it. I want my money back!). Or sometimes, their correspondence gets no response at all.

Once you know your rights, you can adjust your request based on established policy. If you’re not owed anything and are simply asking for a goodwill consideration, your email should reflect that understanding. In many cases, airlines will offer future flight vouchers in the hopes of retaining you as a passenger. Those goodwill gestures should not be misconstrued as a settlement for a required compensation. They aren’t.

And regarding EC 261, U.S.-based airline employees aren’t always aware of its application. If you arm yourself with the facts, you’ll lessen the chance of missing out on compensation to which you’re entitled.

2. Make sure to keep your request short, polite and reasonable

Since most U.S. domestic fliers aren’t entitled to any flight delay compensation, it’s critical to keep your request short and polite. Keep your cool, and never send a letter that announces your intent to never fly the airline again. This threat almost never results in a positive outcome for the passenger.

If you really never intend to fly that airline again, don’t bother sending this type of email — since most flight delay compensation in the U.S. comes in the form of future flight credit. But keep in mind that all airlines experience delays. No U.S.-based airline has a policy of offering cash awards for your inconvenience after a delay. Unfortunately, as I pointed out in an interview with The Wall Street Journal, the wild, unconfirmed reports of giant cash awards for delays are mostly mythical and are giving passengers unrealistic expectations. It’s critical not to demand compensation when you’re making a complaint to an airline.

A better strategy is to create a request that engenders a feeling of empathy in the reader. Airline customer service executives receive hundreds of complaint letters each week. In fact, if you’ve been delayed on a flight, there are likely other passengers from the same flight who are also complaining. And you want your letter to stand out — in a good way. By keeping your message concise and cordial and ending it with a reasonable request, you will significantly improve your chances of a favorable resolution.

For additional self-advocacy guidance, check out my article about how to get excellent customer service and solve almost any consumer problem easily.

3. Send your compensation request to the right person

While it may feel good to shoot your complaint straight to the top of a company’s leadership, this tactic often serves little purpose. Ironically, sending your email to the CEO of a company likely will delay your complaint about a delay. The more efficient problem solvers will send their letter to the executive customer service branch of the company. Those are the people who are trained to mediate customer complaints.

So start your complaint at the lower level of the airline. You can solve most problems there.

And if you’re looking for company contacts to get you started on a problem-solving mission, no worries. Consumer Rescue has our own research valet, Meera Sundram. If you need an executive contact, you can “Just Ask Meera.”

The bottom line: United Airlines will not give you $10,000 for a flight delay

In the end, Joseph was forced to come back down to earth with his flight delay compensation request. United Airlines did not place a $10,000 value on his 16-hour delay. And, unfortunately, based on current U.S. airline regulations and law, its opinion is the only one that matters.

Before you go: Wondering what American Airlines or any other airline owes you if it cancels your flight?