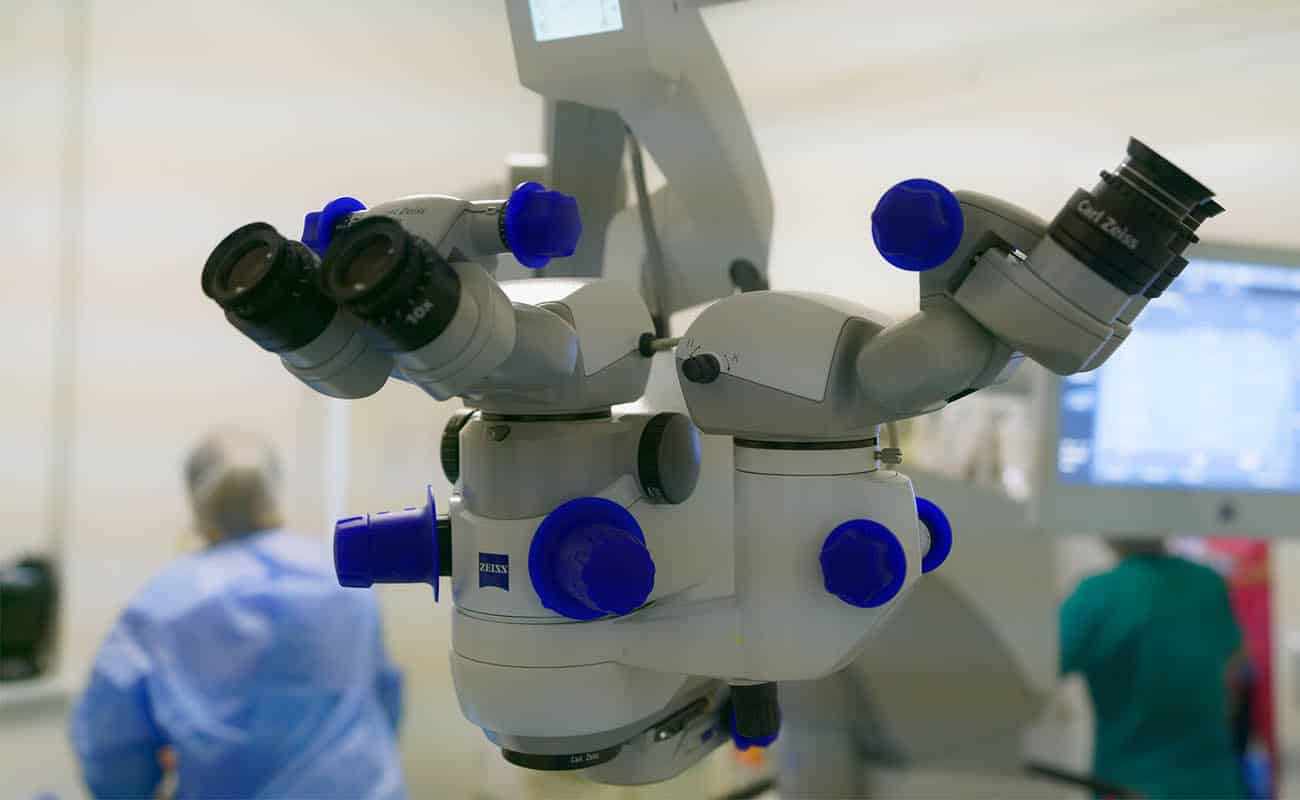 Bob Miller of Columbus, OH, needed cataract surgery on both eyes. He had surgery on the first eye, but the evening before he was to have the second eye done, he got a phone call from his ophthalmologist. Miller’s Medicare Advantage plan had just informed the doctor that it was not authorizing the second surgery, so the procedure could not proceed.

“I was dumbfounded,” Miller told me. “It wasn’t like this would be a surprise to them. I have two eyes.”

Can my Medicare Advantage plan really do this?

Unfortunately, Bob is far from the only one with a Medicare Advantage plan problem like this. Many patients have run into improper denials of prior authorization for a medically necessary procedure.

To understand what happened in this case, you have to understand how Medicare Advantage plans work. I think you’ll soon realize that what happened to Bob could also happen to you or a family member. Here’s what you need to know about Medicare plans and your options.

There are two ways to structure your Medicare benefits. There is

Fact: Medicare Advantage plans are allowed to require prior authorization for services. These plans can also set their own rules for determining if the service or procedure is medically necessary.

According to a Kaiser Family Foundation report, 99 percent of Medicare Advantage enrollees are in plans that require prior authorization for some services. It’s most often required for specialist care and for expensive procedures such as surgeries, hospital stays, diagnostic procedures, durable medical equipment, home health services, and physical therapy. Even a majority of the plans offering “extra benefits” require prior authorization to access some of them.

How do you get prior authorization for a medical procedure?

Getting the prior authorization for a medical procedure can involve multiple steps:

Note: Unfortunately, the person making the authorization decision at the plan level might not be a doctor.

Prior authorization is not necessarily bad. It can improve efficiency and reduce costs by avoiding unnecessary tests and treatment. The problem is when insurance company employees improperly deny those authorizations.

Improper denials of prior authorization requests

Can plans refuse prior authorization for treatments that Medicare is supposed to cover? The answer is yes they can and they do — thousands of times every year.

According to a recent report by the U.S. Department of Health and Human Services Office of the Inspector General (OIG), Medicare Advantage plans have “widespread and persistent problems related to inappropriate denials of services and payment.”

The OIG reviewed denials by 15 large Medicare Advantage organizations that were issued during the first week of June 2019. The report says, “Thirteen percent of prior authorization denials were for service requests that met Medicare coverage rules, likely preventing or delaying medically necessary care for Medicare Advantage beneficiaries.”

Projecting their findings to a full year, the OIG estimated that the plans “would have denied 84,812 beneficiary requests for services that met Medicare coverage rules that year.”

Bob Miller’s eye surgeon was willing to appeal the denial. The Medicare Advantage plan requested more details of the examination and diagnosis. It also asked for office notes about the extent of glare the patient was experiencing, required the office to complete a questionnaire, and fill out and submit additional paperwork. The denial was eventually reversed, and Bob got the procedure he needed several weeks later. Things worked out well for him. But what about others with critical needs?

According to the OIG report:

Office of the Inspector General

This information is particularly important right now because Medicare has an annual open enrollment period that runs from Oct. 15 to Dec. 7. That’s when enrollees can make certain changes to their coverage. The insurance industry spends a lot of money on advertising during that period because Medicare Advantage plans can be very profitable for health insurers.

The ads especially target those who are in Original Medicare, touting extra benefits as inducements to get them to switch to Medicare Advantage.

But making such a switch can result in problems such as having to change doctors, therapists, and hospitals and reducing access to specialists. It can mean dealing with a limited network of providers and, in some cases, losing access to certain prescription medications. And that’s on top of dealing with the requirements for prior authorization.

The Commonwealth Fund recently surveyed adults over 65 on how they chose between Original Medicare and Medicare Advantage for their healthcare coverage. They found that most of those who chose Original Medicare said they did so because of more choices in doctors, hospitals, and other healthcare providers. Those who chose Medicare Advantage most often cited “more benefits” and limits to their out-of-pocket costs.

Despite what the heavy advertising for Medicare Advantage plans would lead you to believe, Original Medicare actually provides the best protection against out-of-pocket costs when you also have a Medicare supplement plan.

While Medicare Advantage plans tout lower costs, with some offering $0 monthly premiums, they all have co-pays that can actually result in higher total out-of-pocket costs for beneficiaries who need frequent appointments and more services.

Medicare Advantage plans are required to set an annual maximum out-of-pocket (MOOP) limit for those co-pays. Premiums are not included in the annual MOOP. Nor are co-pays for prescription drugs.

According to that Kaiser Family Foundation study, Medicare Advantage plans in 2022 had an average MOOP limit of $4,972 on co-pays for in-network services.

Compare that average MOOP to costs for those in Original Medicare who have a Medicare supplement plan, also known as Medigap. According to AARP, the national average premium is $173 per month for a 65-year-old man and $156 for a woman for a Medigap “G” plan which covers all of the co-pays except for the Part B deductible.

Using the national average for a man, the annual cost would be $2,076 plus the part B annual deductible of $226 next year. So a man’s maximum out-of-pocket for all Medicare-covered services would be $2,302, no matter how often you see a doctor or other provider. And while Medigap premiums increase with age, the out-of-pocket costs can still be much lower for an older person who needs a lot of medical care.

Keep in mind that those in Original Medicare also have to get a separate prescription drug plan with an average monthly premium of $33, adding about another $400 per year to their total cost. But that’s still less than the potential out-of-pocket in Medicare Advantage plans. And while many plans have prescription drug coverage already included in their premiums, I’ve excluded prescription drug costs from this example because the co-pays have about the same maximum limits either way.

Medicare Advantage plans can be a real money-saver for those who are healthy and rarely need to see a doctor. But what happens when enrollees develop serious health problems, can’t see the specialists they want, or run into denials of prior authorization? If they want to leave their Advantage plan and switch to Original Medicare, they run into a significant problem.

When you first enroll in Medicare and choose Original Medicare, you can get a Medigap plan. You cannot be turned down because of a pre-existing condition.

But if you enroll in Medicare Advantage and are unhappy later, you will still be able to switch to Original Medicare but might be unable to get a Medigap plan. After the first year, the insurance companies that sell Medigap plans can screen you for pre-existing conditions and can refuse to cover you. In that situation, you’re basically stuck in Medicare Advantage.

If your monthly budget is tight, a plan with a $0 premium and a $0 deductible could be a good solution for you. Some plans offer access to free transportation to and from medical appointments. That can be important to those who don’t or can’t drive. And many Medicare Advantage plans include prescription drug coverage, giving you one-stop shopping.

So how do you protect yourself? Be an informed consumer. Start by ignoring the flood of advertising from Medicare Advantage plans during the annual enrollment period.

If you want a Medicare Advantage plan, be sure you fully understand what you’re signing up for at the start — and be careful of scams.

Review the plan’s network of providers. Does it include doctors or specialists you want to see? Ask what the co-pays are for various medical services and for your prescription medications. If you’re interested in the plan’s extra benefits, be sure to ask about dollar limits and restrictions on those extra benefits and how to activate them if you qualify.

Understand that virtually all Medicare Advantage plans will require you or your provider to get prior authorization for many services you will need. And, as Bob Miller and thousands of others have experienced, know that the plan might deny the authorization for treatment you need even if it’s something Medicare is supposed to cover. Will you be able to deal with the delays in treatment and the headaches of appealing such a decision?

Medicare is complex with rules, choices and decisions that can be confusing to anyone. There are also too many sources of misinformation (including well-meaning friends).

*Before you go: Think Medicare will cover you while you’re on a cruise? Think again. 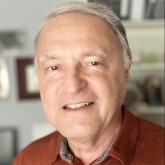 Abe Wischnia is a special features columnist at Consumer Rescue, focusing heavily on the Medicare system. His goal is to help seniors navigate the complex rules, coverage issues, plans, and premiums while also helping his readers steer clear of scams and fraud. Abe started his career as a television news reporter and newscaster. He later transitioned to roles as a senior public relations and investor relations executive for companies in technology and biotech. With degrees in journalism and an MBA, Abe has written for newspapers, television news and documentaries, magazines, and corporate publications.