Skip to content
Home >> News and Alerts >> Surprise! A stranger just sent money to you through Zelle. Now what? 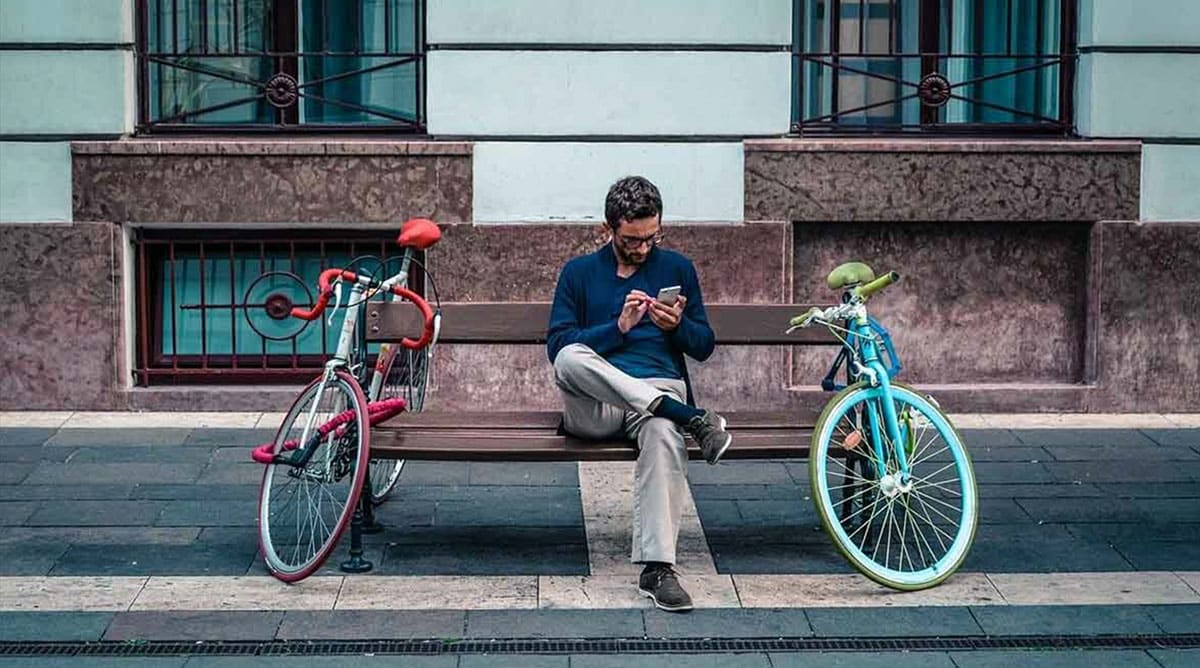 If you suddenly find that a stranger has sent you money through Zelle, do you have any obligation to give it back? If so, how do you do it without exposing yourself to a scam?

These are not uncommon dilemmas faced by cash app users in 2023. Along with the increasing popularity and convenience of instant money transfer services like Zelle came a dramatic rise in pricey user errors. Unfortunately, our attempts to investigate and resolve many of these cases have exposed some disturbing flaws in the programs.

Minh Tran is just one of the many desperate Zelle users who’ve recently asked our team for help. In his case, a stranger sent him a pile of money seemingly by accident. But that mistake set off a frustrating and confusing chain of events that almost cost Tran $360.

One morning last February, Tran was surprised by an alert on his phone. A stranger named Anthony had just sent him a Zelle payment of $360.

I was confused. I didn’t know this guy, but there was no way to stop the Zelle transfer, or I would have blocked it. In minutes, he [Anthony] called me in a panic and asked if I would please reverse the charge. He told me the money was for his rent, and he needed it back right away.

No problem, Tran thought. Of course, he would give the anonymous person his money back. But he wanted to check with his bank first.

“It wasn’t mine,” Tran explained. “I had no intention of keeping the guy’s rent money!”

After first confirming with a Chase representative that it was safe to send the money back, Tran entered Anthony’s phone number into the Zelle app. He instantly sent the $360 back to where it came. Soon the relieved stranger confirmed the transaction and thanked Tran for his help correcting the problem.

Tran didn’t give the odd interaction another thought until a few days later.

Zelle transactions are not reversible. So what happened here?

At the same time, Anthony was asking Tran to send the money back, he was also pleading with Zelle and Chase. His request to reverse the transaction seems to have fallen on a sympathetic ear. And even though Zelle states all transactions are final, an agent initiated a reversal of his mistake.

“Zelle sent me another notification that it reversed Anthony’s first transfer to me,” Tran reported. “But it also processed my payment to him as well.”

Now it appeared the stranger who had accidentally sent Tran his rent money had successfully reversed that Zelle transaction. But he had also convinced Tran to send him $360.

Tran realized that his efforts to correct the stranger’s mistake had put his own money in jeopardy.

Still unsure whether he was involved in a scam or just some bizarre glitch with Zelle, Tran picked up the phone. He first called Zelle and explained the unusual events.

He asked the Zelle representative to correct the problem by reversing his payment to Anthony. That would leave both Zelle users even.

Unfortunately, Tran’s logical request did not land on the same sympathetic ear as Anthony’s did. That representative stuck with protocol and explained that transaction reversals are not possible on the platform.

“All Zelle transfers are final and irrevocable,” the agent explained. “You can ask the recipient of your transfer to send the money back to you.”

Tran explained to the agent that Zelle had reversed a transaction in his account. So he knew it was possible. But the employee remained unmoved and reiterated that Tran could call Anthony and ask him to fix the problem. The other option, she said, was to speak to Chase.

Tran called Anthony and explained what had happened. He hoped they could quickly settle this fiasco. If Anthony would just send back the $360, then they would be even.

But Anthony had surprising news that threw a wrench in this plan.

[Anthony] said Zelle didn’t give him the money back. He said his account only showed two transactions. The money he sent me and then me returning his money to him. According to his records, we were even. But he said if Zelle eventually sent him another $360, he would give it back to me.

Over the next several days, Tran checked back with Anthony frequently to see if Zelle completed the reversal. But when the money never materialized in either man’s account, Tran decided to involve Chase.

Surely his bank would be able to right this wrong, he thought — especially since the Chase representative had confirmed it was safe for him to send the funds back through the Zelle app in the first place.

It turns out that was a lofty expectation.

When Tran contacted Chase, he explained that he wasn’t quite sure what happened. He had several conversations with the stranger, and it wasn’t his impression that the guy was a scammer. But the truth was he didn’t know the person at all.

A representative at Chase took down all the details of the debacle and assured him that its team would investigate.

Hopeful that the unpleasant experience was about to be over, Tran breathed a sigh of relief.

Unfortunately, that relief was short-lived. Within a few weeks, Chase provided the results of its investigation.

“The Chase representative told me it determined I had received a payment in error through Zelle,” Tran recalled. “But that wasn’t the transaction I was disputing!”

Tran pointed out that he was disputing his payment to the stranger. That was the transaction that he had only sent in an attempt to return Anthony’s money to its rightful owner. Chase then agreed to investigate that transaction too. Their team assured Tran they would conclude the investigation within 30 days.

This time, Chase credited Tran’s account while it looked into the problem.

Tran wondered if the Zelle fiasco would ever be over.

Zelle users beware: If you authorize a money transfer, the bank will not reverse it.

Again, Tran didn’t have to wait long for the response from Chase.

Tran couldn’t believe what he was reading. It appeared to him that no one at Chase understood the sequence of events. He never denied making the Zelle payment to Anthony. But he only made the transfer because he had received money from a stranger and wanted to give it back.

Now Tran had no idea what to do. He started scrolling through the internet, looking for answers. That’s when he came across a story I had recently written from the other side of this type of cash app error.

As he read through the Zelle fiasco of Rossin Asilo, Tran became hopeful that we could help him, too.

Help! A stranger sent me money. How did I end up losing?

When I reviewed Tran’s paper trail, it took me by surprise. The previous week I had spoken at length to our executive contact at Zelle about the app. She had assured me that a chargeback scam — the kind that it appeared Tran might be caught in — was not possible.

“It’s not possible to dispute Zelle transactions,” she explained.

But there in Tran’s Chase records was a transaction that said “Zelle Dispute.”

“I had even asked Chase if it was safe for me to send the money back to Anthony through Zelle,” Tran lamented. “The agent told me it was fine, so I did it. Now I ended up losing $360!”

It was time to ask Zelle why someone had reversed this transaction despite reversals being against policy.

Asking Zelle: Is this a chargeback scam or something else?

On Feb 3, a stranger sent him a $360 Zelle payment by accident and then immediately asked him to please send it back. Tran sent it back the next day with a new Zelle transaction (and after speaking to Chase). But a few days later, Zelle took another $360 out of his account and labeled it as a Zelle Dispute. Chase said he was the unintended recipient of the original $360, and that’s why the payment was reversed. But he had already sent the money back. So now he’s out $360. Chase closed the case and allowed the Zelle dispute to stand.

Could you have your team look at this case and see if we can help straighten this out for Mr. Tran? Thank you!😊

I forwarded all of Tran’s interactions with Anthony as well. And soon, Tran’s two-month saga came to a positive conclusion.

Zelle: Once you initiate a transaction, we won’t reverse it, but…

Our executive contact at Zelle reiterated that app users must be very careful because all transactions are final. She explained that only in cases of fraud can a dispute be open on their side.

But no fraud had occurred in Tran’s case — so what went wrong, I asked.

It seems that in Anthony’s panicked state, he may have misrepresented the nature of his mistake as fraud. Or the Zelle agent misunderstood the policies. It might have been both, but the result was that a dispute was partially initiated. Zelle removed the money from Tran’s account but didn’t return it to Anthony.

The bottom line: The Zelle user agreement says that all transactions are final. So when Tran asked Chase to reverse his payment, he didn’t have a chance of winning that dispute — at least not without the intervention of a savvy consumer advocacy team.

In the end, the teams at Zelle and Chase made sure that Tran received his $360. After months of unnecessary aggravation, he has been made whole.

Since I first published the tale of Rossin Asilo — the well-meaning lady who sent a memorial gift to a business owner by mistake — we’ve received a steady stream of pleas for help from bewildered Zelle users.

Unlike Tran’s experience, most of these cases involve users who mistakenly sent money to a stranger. Some of these troubled users have sent thousands of dollars to unknown recipients in error.

But all the cases have an essential commonality — the user neglected to read the prompts on the screen during the transaction.

Fact: It’s virtually impossible to send money to the wrong person on Zelle if you read the information on the screen carefully before clicking send. In fact, you must confirm the destination twice before Zelle sends the money on its way.

The bottom line: You can’t call back your money after you send it through Zelle

Tips: If a stranger sends you money via Zelle, here’s what to do

But what about the innocent “victims” of these Zelle errors? Most honest people don’t want to financially benefit from the mistake of a stranger. But equally, no one wants to get scammed. So what’s the answer?

I’ve asked representatives from both Chase and Zelle, and unfortunately, it doesn’t seem that there is a clear-cut answer — at least not yet. However, here are a few tips that can help you avoid a cash app fiasco of your own if a stranger sends you cash by accident.