Skip to content
Home >> Travel Troubles >> Can United Airlines really give me a voucher instead of a refund?! 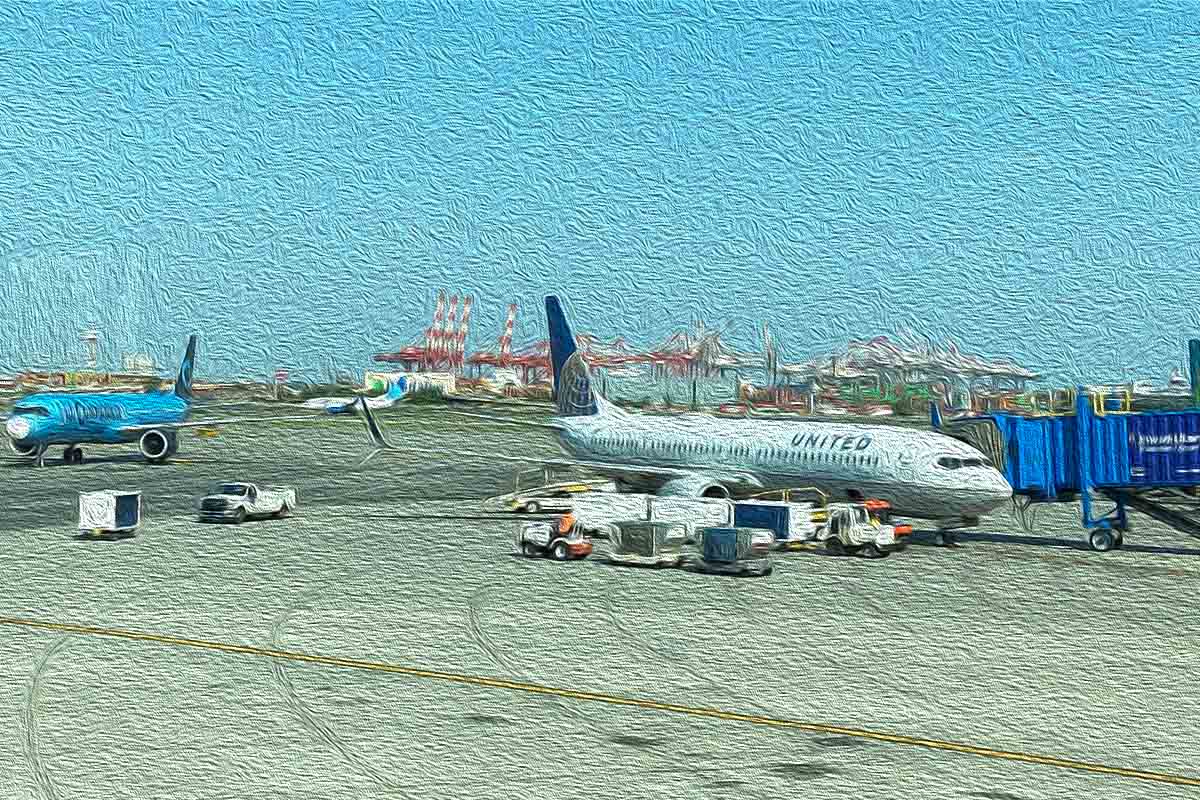 United Airlines canceled many flights early in the pandemic and routinely shoved vouchers instead of refunds at its disgruntled passengers. This unorthodox (and illegal) practice continued until the Department of Transportation put the brakes on it in April 2020.

Earlier that month, United Airlines canceled Michelle Noppenberger’s flight and automatically issued her a voucher instead of a refund. Two years later, she’s still fuming about the situation and wants the airline to give her money back. And she’s asking our advocacy team to help her get it.

But after all this time, will United Airlines take back this unwanted voucher and refund her $1,764?

This cautionary tale shines a light on one significant way that airlines mistreated their customers during the pandemic. Michelle is just one of many who United Airlines “awarded” a voucher instead of a refund as the DOT requires.

Now that the dust has settled and air travel appears to be returning to normal, is there any way for a passenger to correct this injustice?

Going to see the Bangton Boys on United Airlines

In February 2020, Michelle bought tickets for her family to see The Bangton Boys (BTS), a popular South Korean boy band. The concert was scheduled for May in New York City.

“My kids were really excited,” Michelle recalled. “After I bought the concert tickets, I went to Expedia to look for flights.”

The family needed to fly from their home in Indiana to the Big Apple. They chose to fly into Newark, New Jersey, a United Airlines hub.

It was a pricey flight for the short, 2-hour journey. But finding no better options, Michelle says she didn’t have a choice. She confirmed the United Airlines itinerary and paid for the tickets through Expedia.

The family was all set for their adventure.

But there was a wild storm brewing just over the horizon. The coming chaos would make certain that the much-anticipated trip could not happen.

Within weeks, the coronavirus started turning the world upside down.

United Airlines: “Have your plans changed?! Would you like to cancel your flight?”

By the end of March, it was becoming clear to Michelle that her children were in for a giant disappointment. The Bangton Boys likely weren’t going to be flying from South Korea for a concert in New York any time soon. But she still held a tiny hope that things might suddenly improve.

But in April, BTS announced the cancellation of their entire world tour, squashing her last shred of hope.

Now the reason for the United Airlines flight to New York City no longer existed. And she really wanted her money back. But she was aware that the Department of Transportation only required United Airlines to refund her flight if the airline canceled the trip.

So she decided to wait it out.

At that time, I was doing my best to warn readers of my column not to cancel any plans preemptively. Our advocacy team had become aware that United Airlines was actively reaching out to passengers and asking them if they wanted to cancel flights. These were flights that the airline likely already knew it would soon need to cancel. And, of course, if the airline canceled first, it owed the passengers refunds. But if the passengers canceled first, United could keep the revenue.

This scheme was presented to the passenger as a courtesy call, but it wasn’t. Unfortunately, many passengers fell for it, and United happily pocketed their money.

Lon Allen was one of those United Airlines customers who got that deceptive call. He almost lost nearly $9,000 that the airline owed him because of it. Almost. After his request for help landed in my inbox, I was determined to correct the “misunderstanding.” Lon and his wife received the cash refund the airline owed them.

But back to Michelle’s 2022 request for help.

United Airlines: “We’ve canceled your flight, and here’s your voucher.”

Michelle, though, had waited it out. In fact, she didn’t have long to wait. Because her trip was on a regional jet, United Airlines canceled the flight without any outreach at almost the same time as BTS canceled the concert.

But instead of the refund that the DOT required United Airlines to process, Michelle soon received a voucher notification.

“And there was no way to reach anyone at United Airlines or Expedia to protest,” Michelle recalled.

“I want United Airlines to refund my voucher! Can you help me?”

When Michelle reached out to our team, she’d been ruminating about her unwanted United Airlines voucher for a very long time. But with the current expiration date of the flight credit fast approaching, her frustration had turned to anger.

After she read some of the articles that I had written about the similar struggles of other travelers (including cruise ship passengers), she hoped we might be able to help her too.

On April 9, 2020, United airlines canceled my flight and issued this voucher for $1,764. I know United Airlines owed me a refund — because the airline canceled my flight. I didn’t cancel. Instead, they forced this future flight credit on me. I haven’t been able to reach anyone at Expedia or United Airlines who will help me. Each company points the finger at the other. I don’t want this voucher, and it’s going to expire soon. I have no plans to travel. This isn’t fair. Can you help me!?

When I went through Michelle’s paper trail, I saw that the timing of her cancellation matched the time when we were receiving a high volume of complaints about United Airlines. In an effort to combat the devastation that the pandemic was causing the airline, United appeared to be implementing a variety of questionable business practices. The goal of these practices seemed to be to shift the financial impact of the pandemic from the airline to its customers.

There was rarely a day that I wasn’t reaching out to our United Airlines contact with a new complaint.

Brian Ostenso was stunned when United Airlines refused to give him a refund after it canceled the most critical leg of his journey to Australia — the flight that would actually take him to Australia.

And my own daughter was impacted by these shenanigans when United Airlines canceled her flight to Greece. The airline wanted to transfer her group to a different airline – with a much, much longer journey – against their will. United refused her refund request, too — at least initially.

The Department of Transportation issues an enforcement order

But all of this nonsense came to a screeching halt after the Department of Transportation received one too many complaints. In early April, the DOT issued an enforcement order. This notification made it crystal clear that the pandemic was not an excuse for United Airlines to ignore the refund requirements as outlined by the DOT.

This notice reminds the traveling public and U.S. and foreign carriers that passengers should be refunded promptly when their scheduled flights are canceled or significantly delayed. Although the COVID-19 public health emergency has had an unprecedented impact on air travel, the airlines’ obligation to refund passengers for canceled or significantly delayed flights remains unchanged.

In other words, customers should not be absorbing the financial impact the pandemic was having on the airline industry. The full text of the order required the airlines to refund vouchers that they had previously issued in violation of the DOT’s rules.

Unfortunately for Michelle, she seems to have been one of the last United Airlines passengers hit by this unapproved standard voucher policy. (FYI: The Consumer Rescue case files show that United Airlines’ practice of issuing vouchers instead of refunds hasn’t completely stopped — even in late 2022.)

Because Michelle had booked this itinerary through Expedia, that was my first stop in trying to right this wrong.

The Expedia team is always willing to correct problems that our team brings to them. I hoped that with their team’s help, we could make sure that United Airlines took back the voucher and provided the required refund for its passenger.

Michelle had a flight on United Airlines that United canceled in April 2020. That was at a time when United had adopted a scheme of automatically awarding vouchers to customers even when they were owed a refund. Michelle was one of those unlucky passengers. United refused her refund request. But in April 2020, the DOT sent out that enforcement warning telling the airlines (specifically United) that it did not approve this practice. United was instructed to retroactively refund the passengers to whom it had given vouchers when it really owed them a refund.

Michelle never received a refund for the flight that United canceled. I believe she has a credit with Expedia. Would it be possible for your team to ask United if it will process that voucher as a refund instead, given the details of this case? I could also contact United directly, but I think if the credit is with Expedia, that might be a little more complicated. Thanks!

Expedia: “We will process the refund because it’s the right thing to do.”

Unfortunately, nearly a month later, Expedia was still working on what should have been a simple case for United Airlines to resolve. I followed up with our executive contact at Expedia, and she filled me in on United’s response — and what Expedia intended to do to make things right for its customer.

Hi Michelle! I was just about to follow up with you. Unfortunately, we didn’t have any luck with pushing United Airlines to process the refund. Their point of view is when a customer agrees to the credit, they forfeit the right to the refund.

So instead, we will refund on our end, as we agree that this is the right thing to do.

Of course, this is good news for Michelle, but she wants to clarify that United Airlines is wrong yet again. She never “agreed to a flight credit.” United Airlines never gave her the option of a refund; it canceled her flight and made her take a voucher.

She is grateful for Expedia’s goodwill — and so are we.

If United Airlines (or any other airline) tries to give you a voucher instead of a refund after it cancels flight, here’s how to fix that problem.

And don’t forget, if at any time along your self-advocacy journey you need moral support or calming guidance, send us a message. One of us will respond ASAP. The Consumer Rescue team is here to help. Always. 😊 (Michelle Couch-Friedman, Consumer Rescue)

*Before you go: Wondering what United Airlines owes you after a flight delay? (Hint: Not $10,000!)